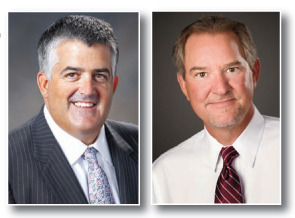 We are honored to have the Association of Gaming Equipment Manufacturers (AGEM) debut our new presence in Global Gaming Business (GGB) with this December issue after a very busy calendar year for AGEM and our members. GGB is now the “Official North American Publication” of AGEM, a development that creates a true partnership for our nonprofit trade organization and the leading North American-based gaming publication.

While we continue to mourn the passing of Casino Enterprise Management (CEM) magazine founder and publisher Peter Mead and the cessation of his publication, we look forward this burgeoning relationship with GGB Publisher Roger Gros, Editor Frank Legato, the entire GGB staff and their outstanding publication.

With that in mind, 2015 was our most active year yet, starting in January with the election of new officers and then throughout the year in these main categories:

In February, the AGEM Board approved a three-year contract extension for Executive Director Marcus Prater, who has helped guide the organization to new heights since early 2008.

AGEM initiated Senate Bill 9 in Nevada allowing for variable payback percentages on slot machines that will introduce true skill-based and arcade elements to casino floor for the first time. Following the unanimous passage of SB 9 and the signing of the bill by Nevada Governor Brian Sandoval, AGEM worked closely with the Nevada Gaming Control Board on the new regulations and technical standards that will govern this exciting new form of gaming.

AGEM also released a detailed report by the respected firm of Applied Analysis on the effect of slot hold and other factors on overall slot revenues in the U.S., continuing an industry discussion designed to optimize slot floors for the benefit of all.

With Director of Europe Tracy Cohen based in London and AGEM addressing issues in markets ranging from Austria to Chile to Macau, the organization continues to broaden its reach.

AGEM led an effort with the American Gaming Association (AGA) to highlight the growing problem of “eight-liner” machines in Texas that are often at the center of illegal gambling operations. AGEM also partnered on other issues and events with a wide variety of other industry associations, including the Gaming Standards Association (GSA).

AGEM exhibited at G2E, G2E Asia, ICE and NIGA, and continues to work with trade show organizers around the world on the important topic of maximizing value for exhibitors and attendees.

The AGEM Mexico Committee, active in Mexico City, grew in influence throughout the year and now is helping guide the overall gaming discussion as the industry continues to await the passage of a new federal gaming bill designed in part to provide a more stable business environment where operators and suppliers can prosper.

AGEM has remained focused on improving the overall regulatory climate for its members, an effort that led to the organization helping shape the discussion this year in more than a dozen U.S. states and multiple foreign countries.

Overall, 2015 will rank as AGEM’s most active and effective year to date, and we look forward to riding this momentum into 2016 and beyond.