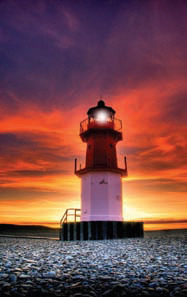 The Isle of Man government has received seven expressions of interest in response to its initial request to establish a new casino resort. The casino would be the second such licensed venue on the island.

Local website IOMToday reported Economic Development Minister John Shimmin as saying, “The department would only consider awarding the second license if the proposed new development was significantly different than the existing casino and associated hotel.”

Shimmin said his department will now begin discussions with the seven “in order to better understand their proposals, their viability and potential economic benefit to the island.”

Addressing the House of Keys, Isle of Man’s lower elected house, Shimmin said grant assistance would be available for the right application, but that no applications had yet been received. Formal tenders have not yet been requested.

The question of a large-scale casino resort was raised by MHK John Houghton, representing Douglas North. Houghton asked whether the Shimmin’s department would be in favor of a “super-casino,” which he said would attract a “worldwide audience of high quality.”

Shimmin replied that the department would be interested in such a development, but that it had to commercially viable.

“If we are realistic, the idea of having sufficient bed spaces filled in the middle of winter is a challenge any operator would find difficult to overcome,” said Shimmin.

The minister said he expects initial talks with interested parties to continue no later than the end of March.

The Sefton Group, which owns the Palace Hotel and Casino on Isle of Man, has warned that two casinos cannot operate profitably. A second casino, the group says, would threaten the future of the existing venue.