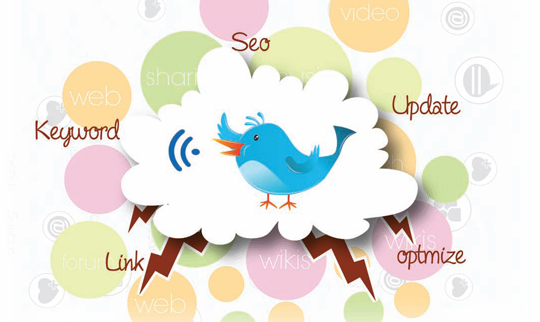 Social media originated as a way for people to connect through shared interests. It was quickly appropriated by business owners as a way to drive customer engagement and traffic.

But not all social media platforms are created equal. Facebook attracts a different audience than Twitter, which engages different viewers than TikTok. Which of these channels make sense for you, and how can you make them work?

“Without a specific goal that matches what a channel can do, you’re never going to have the right content to develop engagement and ultimately bring in new visits and revenue,” says Julia Carcamo, brand strategist and president of J Carcamo and Associates.

Bringing online followers to the brick-and-mortar property is the goal of most operators. But instead of a 100 percent promotional approach—for example, “Come on in for Taco Tuesdays”—how much better is it to post a short video of your chef, cooking up the carnitas and seasonings and chatting about the dish? “Now it gets interesting,” says Carcamo. “You can ask your audience, ‘What’s your favorite taco?’ and have them comment. It’s about creating community and having a conversation with your customers. Then it becomes social.”

Most people won’t stop scrolling their feed to view a post unless it’s entertaining or informative or both. So up your game, then outdo yourself.

Develop a reputation for great content and don’t stint on that promise. Visuals, images and video are among the best ways to get views.

“Engagement is what you’re looking for,” says Justin Shank, marketing expert and head of Shank Marketing, which develops social media campaigns for a number of tribal casinos. “If you’re on Facebook, Instagram, Twitter, LinkedIn or any other platform, the main goal isn’t to sell things but to really engage with your followers.”

Manage those relationships effectively to get more bodies on the gaming floor, in the hotel or at the concert arena.

“If you have Snoop Dogg coming in, there’s nothing wrong with running advertising campaigns or dropping a link to buy in the comment section,” says Shank. “But the content has to be engaging, organic and natural.”

“Build the relationships first, and then advertise in a way that makes sense for social media,” adds Brian Uran, vice president of marketing for Live! Casino Philadelphia. “You’re creating a nice community buzz where people are engaging with your post, asking questions about the concert that’s coming up. You’re giving away free tickets. My opinion is if you build trust, engagement and authenticity, to not use social media as an advertising platform is a mistake.”

Carcamo adds, “There was a time when the thinking was, ‘Don’t promote on social media,’ but that was before it became such an ecosystem for all brands all over the world. We’re in the business of promoting casinos, but try to get a better balance”—say, 75 percent organic content versus 25 percent promotional.

Engagement rates track the number of interactions with your content: likes, shares, retweets, comments. “Industry benchmarks are around 1 percent for that,” says Uran. “The denominator of the equation is how many people saw your post or your ad. The numerator is how many people did something with it, whether they liked it, commented on it, shared it. A 4 percent engagement rate for our business is a pretty solid number to shoot for.” 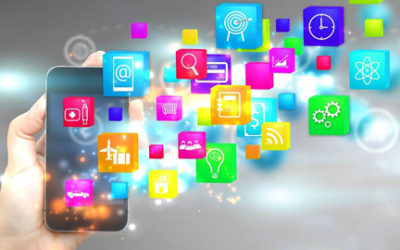 With 2.7 billion active monthly users, Facebook remains the big daddy of social media channels. It skews slightly older, but that’s not necessarily a bad thing, as the traditional casino customer has always been an older adult with more discretionary income. While Facebook may be considered uncool by kids and teens, a quarter to a third of young men and women still use it, and more than 80 percent of millennials report having a Facebook account.

YouTube is the second most popular social media platform after Facebook, and the second largest search engine after Google. Every day, people watch more than 1 billion hours of YouTube video. It’s a great place to share special events, entertainment and other reasons people may want to visit a property.

According to HootSuite, YouTube is most used by people 35 and under, but is also wildly popular among older folks: 73 percent of Americans aged 36 to 45 use it, along with 70 percent of people 46 to 55 and 67 percent of those 56 and older. On YouTube, properties like the Cosmopolitan of Las Vegas and Borgata in Atlantic City post long-form walk-throughs to show off their amenities—a preview to entice travelers considering a visit.

The 2010 launch of Instagram coincided with the release of the iPhone 4, the first iteration of the Apple device with a front-facing camera. Instagram was the most downloaded app in the fourth quarter of 2021, and now has about 2 billion current monthly users. The platform was acquired by Facebook—now Meta—in 2012. It’s so powerful that today, many travel websites and bloggers rank destinations based on their Insta-worthiness (like Marina Bay Sands in Singapore, which has 1.7 million hashtags and 186,000 Instagram followers).

It’s easy to cross-post between Facebook and Instagram, he adds, “but in a perfect world, each platform should be treated differently based on what their strengths are.”

It’s not necessary to have a presence on every channel, but it’s essential to use those that represent a segment of your customer base. For example, TikTok is growing in scope and influence, but is still largely a hangout for kids. So while Live! Casino Philly isn’t on TikTok, the company’s PBR country bar at Live! Casino Pittsburgh does have an account on the video-sharing app.

“Unless the paradigm shifts a little bit, TikTok is not one that we’re looking at,” says Uran, “but we keep monitoring. About once every quarter we challenge ourselves to see if we should we be on a different social media platform. It’s one thing to say, ‘Let’s go on TikTok.’ It’s another to say, ‘Let’s develop a full TikTok strategy where we can be authentic and really speak to the people on that particular platform.’”

He adds, “Five years ago, every conference in the gaming industry was talking about millennials and how we attract them. Well, millennials are now 40 years old. Yeah. And so if you see a significant number of 40-year-old millennials talking about things on TikTok, maybe it’s a good platform to start investing in. There’s always going to be some new platform to look at, and the demographic will always be changing.”

Rick Sheer, general manager of the Ute Mountain Casino in rural Colorado, relies mostly on Facebook and Twitter to draw a more mature demographic, along with YouTube videos and push text messaging.

“A lot of it has to do with gathering the contact information and maintaining it,” he says. “We’re trying to reach younger customers as well, but of course the money is where the older customers are. We’re looking at how many hits we get, how many likes, how many people are coming in, the traffic we generate. We want to turn visitation on the internet into a trip to our casino at some point. That’s the main objective.”

A planned free-to-play online casino will serve the same purpose, he says. “It’s a new age, you know; this is the new way of doing business.”

Don’t Be a Dabbler

To make effective use of social media, know yourself, know your audience, and share relevant content in a way that is appropriate to the channel.

Live! Casino, for instance, is “an amalgamation of many different, really great and authentic brands inside the casino, and each one has a different ‘persona,’” says Uran. “Live! Casino is the overarching brand, and from a demographic standpoint it’s not unlike a lot of properties across the country—it’s a little bit older, and skews slightly on the female side. So Facebook is a great way to reach that core gamer demographic, whether through organic posting or paid advertising.

“Twitter is a great way to reach the sports-betting customer and a slightly younger, male-dominated demographic. Some of our food and beverage concepts rely heavily on Instagram, where food bloggers and influencers live. For other supporting brands—restaurant, the sportsbook, etc.—we have a slightly different social media strategy for each of them.”

Social media is a powerful tool to drive business. A balance of organic content and paid advertising puts results in reach even when budgets are tight. But it’s essential to deliver the right message at the right time in the right voice—one that is authentic and aligns both with your company’s brand and your customers.

“It’s pretty bad form to just pump out the same content across all the channels,” says Uran. “You really have to be authentic on each channel, and know if the juice is worth the squeeze.” 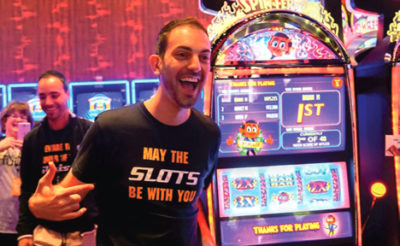 One way to extend your brand’s reach is to make friends with “influencers,” social media pros who can showcase your property and products to already-engaged followers. Most gaming influencers “haven’t reached the Kardashian level,” says J Carcamo and Associates President Julia Carcamo, but Brian Christopher’s slot channel has more than 500,000 subscribers, and his YouTube videos have been viewed more than 500 million times.

Two middle-aged slot players named Heidi and Fred, also known as the Slot Cats, have more than 17,000 subscribers and upload new videos every day of the week. When the Slot Cats visited an Iowa casino, their fans turned out en masse.

“Some wouldn’t have been there otherwise or were new to the property,” says Carcamo. “Some maybe added an extra trip that month or extended their say. We know the Slot Cats did well because we were able to track players. Influencers can be a great asset to work with and when they come in, it can be like having the Beatles at your property.”

In a December 2019 interview with GGB, Peter Arceo, general manager of San Manuel Casino (since renamed Yaamava’ Resort and Casino), said, “Working with influencers allows us to show how much fun our casino can be for slot players. Some audiences prefer to receive information through the lens of a person that they’ve come to trust and whose content they enjoy, rather than content published directly from a casino. Allowing an influencer to convey their perspective and their experience to their audience is just another way for us to reach those people.”

Kevin Sweet, vice president of slot operations and marketing at the Cosmopolitan of Las Vegas, also was enthusiastic, saying, “I’m in full support of anything that increases the popularity and reach of casino gaming, and slot-playing videos being posted on YouTube or live-streamed certainly do that.”