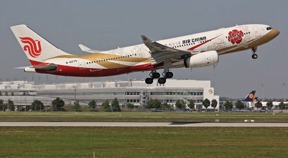 As China continues its internal economic growth and social reforms, it is also looking abroad for investment and strategic geopolitical opportunities.

There is a notion that China is investing both directly and indirectly in large-scale projects, including leisure and hospitality developments, to influence its foreign policy to highlight its presence on the global stage. These large-scale investments have included straight infrastructure projects (i.e., airports or highway developments) as well as very large leisure and hospitality developments, many linked to the valuable outbound Chinese tourist market as a source of demand.

In the past two years alone, China has been intimately involved with at least two major leisure and hospitality developments that have included casinos in the Bahamas and Jamaica.

While it might not be surprising that both Chinese public and private ventures are the funding sources behind some major gaming destinations, it is intriguing to see what is happening beyond the walls of the integrated resorts (IRs) in these regions, and why. In addition to the entertainment zones that are being created, the projects’ investors are also funding infrastructure improvements and natural resource programs for the regions.

While these types of enhancements are undeniably mutually beneficial to the region and the investor, there may be more to it than meets the eye when examined from a political point of view.

Although there are individual Chinese investors anxious to jump at the opportunity to fund a potentially profitable gaming investment, several government-backed Chinese banks also are eager to invest abroad. The Export-Import Bank of China has provided significant loans to IR projects in countries like the Bahamas, and the China Development Bank means to do the same in funding a major resort in Jamaica. These opportunities are not limited to banks, as the state-owned China Poly Group Corporation, a massive real estate and natural resource development firm, seems to be expressing interest in an IR project in Australia.

With the increasing exposure of the Chinese government behind the scenes of gaming destinations, it can be surmised that there is a longer game plan and political strategy in mind underpinning these decisions. In addition to realizing the financial benefits of these investments, the government may also be seeking to expand political and economic influence around the world.

With the ownership of two of China’s largest airlines, the government not only has the ability to control flights within its own airlines, but also to strongly encourage other airlines to cancel flights, as it did in 2014 when anti-China riots broke out in Vietnam. Given the government’s control over the outbound travel of Chinese nationals, regions whose economies highly benefit from Chinese VIP players, such as Australia, could face financial distress if China decided to limit outbound tourism to that region.

This gives the Chinese government a leverage to influence governments within the regions where its investments are housed.

China’s government is not only politically strategic in its investing, but also economically tactical in leveraging investments. Through large-scale investments in new markets, China can also capitalize on parallel opportunities such as natural resource extraction and construction contracts.

By maintaining an influential investment presence in Australia, one of China’s leading trade partners, for example, it can ensure the continued supply of natural resources. Also, a common contingency in Chinese government-funded projects is the required use of state-owned construction companies. This requirement not only provides efficient economics for these jobs, but also guarantees revenue to China’s economy.

Benefits with a Catch

As the Chinese government is increasing its exposure in major gaming destinations, it is taking a substantial position in both leisure assets and supporting infrastructure. The Innovation Group has explored this emerging trend in search of an underlying political economic strategy.

For over a decade, the Chinese government has been funding infrastructure and natural resource projects from Central Asia to thousands of miles away in South America. By funding the most basic natural resource development and infrastructure needs, China is postioning itself to exert significant power to control within beneficiary nations.

In Central Asian countries, investments in natural resource programs have been the most common type of government aid provided by China. Specifically, the Shanghai Cooperation Organization (SCO), an intergovernmental organization headquartered in Shanghai, has been a major facilitator in the pledging of these funds to Central Asia through its role in increasing multilateral trade between the two regions. In 2011 alone, the Chinese government pledged almost $8 billion to the SCO Development Bank, most of which was put toward investing in oil, natural gas and mining programs, as well as basic infrastructure projects throughout Central Asia.

This approach has also brought Chinese influence into the Caribbean and Latin America. In 2011, the government-backed Export-Import Bank of China (Exim) loaned $43 million to Antigua and Barbuda to construct a power plant on the island of Antigua. Other regions have received funding from China to build or upgrade transportation and related infrastructure.

In some cases, such agreements have been to construct high-speed railways or to upgrade or expand international airports to accommodate Chinese aircraft. China Railway Construction Corporation (CRCC), the second-largest state-owned construction company in China, won the contract for a $3.75 billion railway in Mexico in November 2014. This contract was revoked, however, due to concerns that the Mexican partners in CRCC may have had inappropriate political ties with government officials.

Following the cancellation of the railway contract, Mexico announced its interest in receiving funding from China for an $11 billion airport to be built in Mexico City. Although Chinese officials have not released a formal statement regarding this project, it has been speculated that China is interested in the investment.

Despite the fact that the Chinese government has been funding natural resource programs and infrastructure in international gaming destinations for years, it has only recently expanded the portfolio to include gaming and leisure projects as investments. Although government-backed banks have been the main source of this financial support, other state-owned entities are also expressing interest in these types of investments.

The most notable government-backed investor is Exim, which funded over 70 percent of the Baha Mar development in the Bahamas. This $2.5 billion loan, however, came with a contingency: the project must hire a Chinese construction company. The chosen general contractor was China State Construction Engineering Corporation, which also contributed $150 million as a state-owned investor.

The proposed Harmony Cove property, which is in the running to be one of Jamaica’s first integrated resorts, had been in talks with Exim for approximately two and a half years before the deal was dropped due to the Jamaican government’s reluctance to agree to a sovereign guarantee on the loan. Since then, Harmony Cove has been rumored to be in talks with other Chinese investors that will not require a sovereign guarantee, in particular the China Development Bank. If the loan is secured, China may realize the benefits of having influence in the Caribbean through its partial ownership of two major integrated resorts.

In addition to the state-backed banks, government-owned corporations such as China Poly Group (CPG) are expressing interest in gaming and leisure investments. CPG has over 20 years of business history with Tony Fung, developer of an IR in Cairns, Australia. Although it is not yet confirmed, CPG President Zhang Zhengao was among several potential investors who were flown to the project site in Cairns last August.

Another area where China can demonstrate influence is the tourism industry, which can be achieved through deploying government-owned airlines in emerging tourist destination markets and simultaneously placing controls on outbound Chinese tourism, an important source of demand for many projects. To exert influence in air service, China can leverage its majority ownership of two key Chinese airlines: Air China and China Eastern Airlines.

Inbound tourism from China, especially VIP gamers, is crucial to the overall economy, for example, in parts of Australia. If the Chinese government were to curtail flights to Australia, tourist spending and employment could be put at risk.

A threat could soon take shape in the Caribbean, as China Eastern Airlines is currently assessing the viability of offering direct charter flights to the Bahamas, which could bring several high-value Chinese tourists, investors and gamers to the region. In the Bahamas, there is even greater vulnerability if tourism development becomes dependent upon Chinese visitors, as the Bahamas government does not have a national airline that could accommodate shortfalls.

Another example of air-service-related influence by China occurred in the summer of 2014 when anti-Chinese riots broke out in Vietnam. Dragonair, owned 30 percent by Air China, canceled 23 return flights to key Vietnamese cities after China issued an advisory regarding the risk to public safety in Vietnam.

Additionally, and as a matter of policy, current regulations in China limit outbound group tourist departures to countries that have Approved Destination Status (ADS). According to the Chinese National Tourism Administration, there are 117 countries that have been granted ADS as of 2014.

In addition to being able to control where its citizens can visit, the government currently has restrictions on how much cash can be taken out of the country by Chinese nationals. At this time, the amount is equivalent to US$50,000, but this can be modified at the state’s discretion. This restriction mainly affects Chinese VIP gamers and the countries which these players frequent.

China can also leverage its international investments to fund projects that more directly benefit its own economy. As covered earlier, it is common for project funding from China to include a contingency that a state-owned Chinese construction company be retained for the project.

This was the case with Baha Mar, which currently stands as the largest project of its type to be fully developed and partially owned by a Chinese company outside of China. The $3.4 billion development required the importation of 8,000 Chinese construction workers, who most likely sent the majority of their wages back to their families in China, stimulating the economy from abroad.

China also has the ability to enhance its internal economy though its influence on trade agreements with countries such as Australia or Laos. Australia, as a major supplier of raw materials to China, can be persuaded through China’s ability to ensure continued trade and/or provide favorable shipping conditions.

In another example, there is a recent agreement in which China will loan $7.2 billion to Laos to construct a high-speed railway that would connect the two countries for trade benefits. This railway would be part of a larger rail link proposal that would connect China, Laos, Thailand, Malaysia and Singapore and could open many doors for trade among the countries.

Using government-backed banks and other state-owned corporations, China has clearly been able to invest in diverse international infrastructure projects, natural resource programs, and gaming and leisure developments, and while doing so, exert its political and economic influence.

Through its foothold by funding and feeding demand for these investments, whether far away in the Caribbean or in nearer markets like Laos and Australia, China will be inextricably linked to the global economy and political landscape for decades to come.