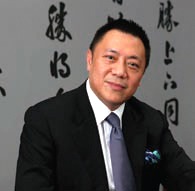 A top Chinese government official has issued Macau its sternest reminder yet from Beijing of the need, “in the interests of the whole nation,” to diversify its economy away from an over-reliance on casino gambling.

The warning from Li Fei, chairman of the Macau Basic Law Committee and deputy secretary general of the National People’s Congress Standing Committee, was issued as Macau Chief Executive Chui Sai On unveiled a new cabinet for his final five years in office, headed by Secretary of Economy and Finance Lionel Leong, who takes office amid signs that the current gaming revenue slump, now headed into its seventh straight month, could tip the territory into recession.

“The overwhelming dominance of gambling in Macau is not in line with the overall interest of Macau,” he said, “and the fact that Macau’s economy, especially gaming, is closely connected with the mainland determines that when one judges the overall interest of Macau, one cannot focus only on Macau’s economic growth and tax revenue. One must take into account the socioeconomic safety, stability and developmental interest of the mainland and the whole nation.”

Li spoke ahead of an expected visit to Macau in late December by President Xi Jinping to celebrate the 15th anniversary of the former Portuguese colony’s return to China.

His remarks dealt another blow to the market’s already-battered gaming stocks, which fell sharply following his comments as concerns mount that the gaming slump, the worst since the 2009 global financial crisis, the result of a perfect storm of factors—Beijing’s widespread campaign against corruption and illicit capital flight, slowing economic growth within China, tighter credit conditions and a crackdown on abuses in the third-country visa system for travel from the mainland—will not be reversed any time soon.

Leong, addressing this in his first press conference, admitted that the decline in gaming revenue is worrisome and said his office will concentrate on ensuring economic stability, developing small and medium-sized enterprises and maintaining employment for local residents.

“We need to be cautious and optimistic,” he said. “We need to pay attention to the gaming revenue drop, and consider whether it will impact Macau’s economic structure, or if it affects SME development or the employment situation of Macau residents.”

He said he intends also to look closely at the pending renewal of the six casino concessions. “We will have to reflect upon what has been done so far, and also review other matters such as the non-gaming component,” he said. “We need to study policies, such as ensuring that Macau is seen as an exhibition and convention center. Such assessment is a very important element and crucial groundwork to renew gaming concession contracts.”