Melco Crown Entertainment takes over a stalled project it perhaps should have been running all along. 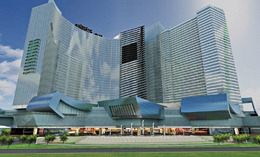 In June, Melco Crown Entertainment acquired the controlling interest in the long-delayed Macau Studio City project. Originally to have been developed by a sub-concessioner under Melco Crown’s license, the acquisition of this property was considered by some to have secured success for the Lawrence Ho-James Packer joint venture well into the future.

“It’s the best remaining piece of land in Cotai and one day may be the best property of them all, considering its position right next to the Lotus Bridge immigration checkpoint,” Intelligence Macau CEO Anthony Lawrance told Asia Times Online. He described the acquisition as “a game-changing opportunity” for the buyer.

But a few weeks later, the future was not looking quite so bright. Government officials from one department were saying that the last plan published in the official gazette, which dated back to 2001, did not include development of a casino. The following day, Secretary for Transport and Public Works Lau Si Io confirmed it: There would be no gaming facility at the Macau Studio City.

The secretary’s pronouncement was just the latest in the series of twists and turns that mark the history of Macau Studio City.

The 60 percent piece of Macau Studio City that Melco Crown purchased for $360 million was previously in the hands of eSun Holdings, a subsidiary of the Lai Sun Group of Hong Kong and the original sub-concession holder. To develop Macau Studio City, in late 2006 New Cotai LLC, led by former Las Vegas Sands Corp. executive David Friedman, joined the project by paying eSun $168 million for a 40 percent share in the now-joint venture, and the rights to develop a casino within the project.

Other high-profile participants followed. In January 2007, Taubman Asia, the regional subsidiary of U.S.-based retail developer Taubman Centers, was selected as the preferred retail partner for Macau Studio City. One year later Taubman paid $54 million for 25 percent of The Mall at Studio City, the project’s retail component, with plans to invest a total of $200 million. Playboy signed up to establish a casino, nightclub, lounge and the first Playboy Mansion outside the U.S. Hotel partners included Marriott, Ritz-Carlton, W Hotels and a signature hotel to be created under the Shanghai Tang fashion brand.

Groundbreaking for Macau Studio City occurred in January 2007. But soon, the delays began. Rumors of cash flow problems and dissension among the partners arose. eSun offered to buy out New Cotai in late 2007. New Cotai made the same offer to eSun in July 2008. Eventually, as the economic downturn began to tighten its grip, lawsuits followed, first from the eSun side, then from New Cotai. Playboy and Taubman pulled out of the venture. And so the Macau Studio City project went dark.

With the gaming boom going full blast all around it, the site would not sit idle forever.

“Given the recent growth in gaming revenue, it was inevitable that something would happen to the property,” Gaming Market Advisors principal Andrew

Klebanow said, “I frankly like the Studio City site. It is the closest project to a critical border crossing, and it offers sufficient acreage to support a property that will support the mass market that is rapidly evolving. While high-end play has driven growth this past year, the future belongs to those properties that can best serve both the mass market and premium play.”

In its June 13 edition, the online weekly GGB News reported that sources had revealed in the week before that Melco Crown Entertainment would take over the Macau Studio City project.

The sources confirmed a report issued the previous week by David Bain at Sterne Agee, which stated that Melco Crown would buy the equity owned by the majority partner in Macau Studio City, which was still eSun. Melco Crown co-CEO Lawrence Ho reportedly had been negotiating with the partners for some time.

The payment to New Cotai Holdings may be seen as a settlement of a lawsuit the partner initiated against eSun. Silver Point Capital, L.P. and Oaktree Capital Management, L.P., investors in the original deal, will apparently participate in the New Cotai interest.

Ho says the deal shows that his company is bullish on Macau.

“We believe high-quality new supply, such as Macau Studio City, will continue to drive incremental demand and broaden the appeal of the market,” says Ho. “The property’s theme and demographic focus are designed to be clearly differentiated from our existing portfolio of assets, as well as from our competitors’ facilities in the market. The project’s location is a tremendous competitive advantage, adjacent to the Lotus Bridge and a key stop on the planned light rail system. Additionally, we believe Macau Studio City’s existing land grant and previously completed site work will allow us to significantly expedite its construction timetable.”

Ho told Global Gaming Business that Macau Studio City will be designed as an “experience-centric destination with a compelling entertainment and lifestyle-centric theme.”

The exterior will feature colorful designs, affording high visibility from the Lotus Bridge immigration checkpoint and drawing visitors to the “must-see” property. Interiors will reflect escapist and attractive, entertaining themes. Live entertainment will be designed to appeal to Asian sensibilities, with content such as widely recognized Canto Pop.

“The Studio City theme will be an integral component of the project’s theme and signature,” says Ho. “We expect Macau Studio City’s entertainment facilities to be a key point of differentiation from other properties in Macau. They will meaningfully improve and diversify Macau’s non-gaming offerings and broaden the market’s appeal. For example, we plan to offer a multi-purpose studio that can accommodate a variety of entertainment formats, including local headliners and celebrities.”

The resort will feature 2,000 hotel rooms, retail shopping, entertainment and—if things go as hoped—a casino with up to 400 tables and 1,200 gaming machines. Opening is tentatively scheduled for the first half of 2015.

The gaming and amenities are intended to appeal to the mass market, in particular guests from the Peoples Republic of China. Ho believes the property will further enhance Macau as the premier leisure destination in Asia.

It seems unlikely that Ho would have spent $360 million to buy a majority interest in a dormant project without assurances that a casino can operate on that location. The Land, Public Works and Transport Bureau—DSSOPT—claims that the most recent plan filed for Macau Studio City, in 2008, primarily contained hotels and a film production project.

But because this plan—which logic dictates must have included a casino element as well—was never published in the official gazette, the last plan that was published and which dates back to 2001 is being considered as taking precedence. And that project included film production studios, restaurants and residential units, but no gaming amenities.

“According to what was set in the latest revision approved by the administration in 2008, the film production facility remains the key component,” DSSOPT told the Macau Daily Times in an article that appeared July 6. When asked if that revision included a gaming facility, the agency said it would not make any additional comment.

However, on July 7, the Macau Daily Times reported that Secretary for Transport and Public Works Lau Si Io, while speaking to reporters following a meeting at the legislative assembly the previous day, said that the developer is required to adhere to the 2008 development plan approved by the government. That plan, he said, includes a major component of a film production facility but doesn’t contain any gaming elements.

Macau-based Union Gaming Group offered its own opinion on the matter. In a note to clients the group wrote, “We do not believe Melco Crown (MPEL) would have entered into the recently announced Macau Studio City transaction without assurances from the Macau government (at the highest levels) that the project would be allowed to move forward with a casino and that table caps would not become an impediment.”

Union Gaming said that at the press event to announce the acquisition, Ho had said “there were items that needed to be addressed within the land grant, but that the Macau government has given MPEL its blessing and support for the MSC project to include a casino.”

Granted, anything can happen. But all things considered, it would seem likely that Macau Studio City will develop in a way that will not be disappointing to Ho.