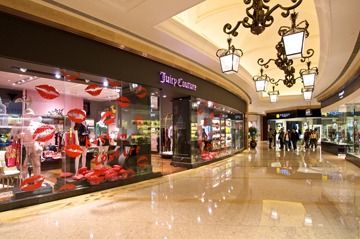 When questions about the financial viability of Las Vegas Sands Corp. were raised last year, the company halted the development of its multibillion-dollar Cotai Strip project in Macau, tossing more than 11,000 workers off their jobs.

While the company continued building the $5.4 billion Marina Bay Sands in Singapore, the Macau development was put off indefinitely.

Now, according to Steven Weaver, the head of LV Sands Asia operations, that time may be shorter than the Macau government had feared.

“We’re certainly looking to resume in this calendar year,” Weaver told reporters in Hong Kong. “Our imperative is to get the construction workers back to work as quickly as we can.”

The company has been meeting with potential investors-who Weaver would not identify-and expects that funding will fall into place for the remaining $2 billion necessary.

Some of the hotels are nearing construction, particularly the Shangri-La and the St. Regis, but sources say that LV Sands will exchange equity in the project for increased financing. It is expected that the company will sell the retail developments at the Venetian and Four Seasons to gain additional financing.