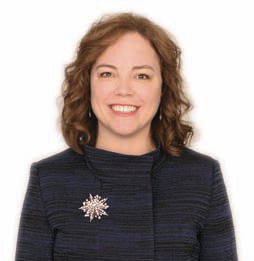 In 2016, Angela Heikes will take the helm of one of the most prosperous and influential tribal gaming organizations in the U.S. As the future president and CEO of the Mdewekanton Sioux Community Gaming Enterprise, Heikes can look forward to a future rich with possibility.

It’s a future she helped design.

In 2012, Heikes authored a 20-year master plan for the community, which operates the Mystic Lake and Little Six casinos in Minnesota’s Twin Cities region. That plan included a 10-year, $75 million partnership with Canterbury Park that turned the nearby racetrack from a competitor into an ally. It also includes the development of a $105 million luxury hotel at Bloomington’s massive Mall of America, which attracts 40 million visitors per year—as many as the city of Las Vegas.

“The most challenging part of my job is ensuring that our enterprise stays relevant—attracting the next generation of guests, keeping our gaming offerings engaging, providing the right amenities and finding new ways to provide exceptional service are top priorities,” says Heikes. “These are critical to keeping our operations viable so we continue to do what our enterprise is intended to do: support the tribal government we serve.”

In 2012, the Shakopee Mdewekanton made international headlines with a report that each of its members was likely a millionaire many times over, thanks to casinos. A New York Times report, noting the impact of market saturation and the specter of online gaming, hinted that the tribe’s prosperity would endure if its “luck held out.”

As Heikes would undoubtedly argue, the tribe has never relied on luck. In 1969, after generations of enforced hardship and poverty, it earned federal recognition and never looked back. Since 1982, when its first gaming enterprise opened, the tribe has become the largest employer in the area, with more than 4,000 employees and an annual payroll of $157 million. The organization has not relied solely on gaming for its future; its portfolio includes retail, convenience and food stores, an 18-hole golf course, a water bottling industry, a recycling facility and other assets.

Heikes is a non-tribal member with decades of experience in tribal gaming and legislation. She is the former commissioner of corporate affairs for the Mille Lacs Band of Ojibwe, which owns two casinos, and also worked for Grand Casinos, Inc. in jurisdictions including Louisiana, Minnesota and Mississippi. She joined the SMGC Gaming Enterprise in 2011, as executive vice president of administration.

She will take the top spot at a pivotal juncture for the industry in Minnesota, which has considered commercial casinos as a way to replenish government coffers. She is known as an impassioned and informed voice against new competition in a state where gaming is “fully mature and saturated.”

Tribal gaming “has bolstered the local economies where the casinos are located, most often in rural and remote areas, by providing well-paying jobs with good benefits,” Heikes says. “Expanded non-tribal gaming would reverse the progress Minnesota tribes have worked so hard to achieve for themselves and for their communities.”

On October 1, Heikes will succeed Ed Stevenson, who has served as CEO since the mid-1990s. She looks forward to the challenges that await, but says Stevenson will be “a tough act to follow. Under his leadership, the SMGC Gaming Enterprise has grown into the largest, most successful casino resort in the Midwest,” she says. “Ed has led with vision, passion and purpose.”

Stevenson returns the compliment. “As I come to the end of my 20-year career,” he says, “I’m excited that Angela Heikes will carry on the progress we have made. She will work with our team members to move the gaming enterprise to a new level of performance.” It’s all part of the plan.