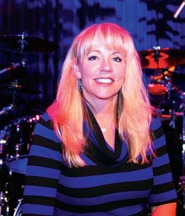 Booking entertainment into a casino is as much an art as a science—particularly if the casinos you are booking appeal to specific locals markets, as Las Vegas’ Station casinos do. Judy Alberti has learned that the entertainment tastes of Las Vegas locals vary widely.

“At Station Casinos, we have to speak to all locals,” says Alberti. “If you’re over 21 and you come to any Station casino, we want to be able to offer entertainment to suit your taste. Whether it’s Judy Collins at Sunset Station, Daughtry at Green Valley Ranch or the Gatlin Brothers at Boulder Station, we’re interested in every genre to appeal to all our customers.”

Alberti books all entertainment, from the headliners to the lounge acts, which are more significant today in locals casinos than they are on the Strip.

“Lounge acts are important because of the volume of people they can bring in,” she explains. “It depends on the day of the week, the time of day and the different genres, because they appeal to different customers and demographics we want to bring in. It’s all about who can fill a room.”

While it’s nice for a lounge act that has a following, Alberti says she is willing to allow an act to develop one if she has faith in that act.

“For example, we had Michael Grimm before he was ever on the Strip,” she says. “We started him at Hank’s Steakhouse, just him and an accompanist, and he moved up to the Ovation Ballroom in no time with a 12-piece band. And since he was accepted onto America’s Got Talent, he’s been very popular. But he still comes back and performs for us.”

Alberti says Grimm and other talent that got ahead via Station Casinos gigs have remained very loyal.

“We first presented Toby Keith at the Railhead in Boulder Station,” she says. “He had a couple of hits at that time, but he appeared in Vegas the first time with us. As he got more popular, he played different venues around town, but now he’s a regular at our amphitheater at Red Rock. He’s very loyal.”

Like all casinos, Station looks at more than just ticket sales when booking a major act.

“Gaming propensity, potential beverage sales, hotel room bookings… There’s a long list of things we consider,” she says. “We try to pay for the entertainment with ticket sales and sometimes beverage revenues, and we consider anything we get from the gaming floor as a bonus.”

Agents generally expect more money out of Las Vegas because of that ancillary revenue, and Albierti admits that is a problem.

“It’s a clearly a challenge,” she says. “Our philosophy is that we should not have to pay any more than the rest of the country. But we are also competing in many of our venues with casinos on the Strip. So we have to weigh the merit of paying more versus the value of entertainment and the brands of your properties.”