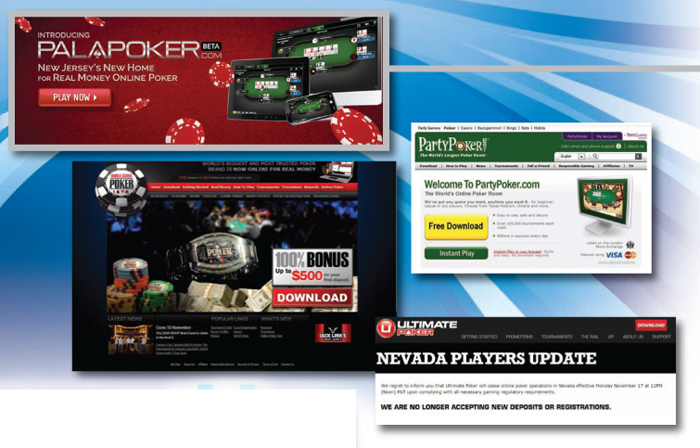 The success of an online gaming site is dependent on a number of interwoven factors. This menagerie includes everything from branding to marketing to customer service, but the most important factor is also the most often overlooked: software.

Software is the lifeblood of an online gaming site. It’s the end product all the marketing, branding and customer service are built around.

The online gambling market has:

Each has positives and negatives, and different levels of risk and reward.

iGaming in the U.S.

In the nascent legal U.S. market, the established online gaming providers have been the go-to platforms. Established companies have battle-tested software, and the experience to tailor the platform to each jurisdiction’s regulatory requirements that the somewhat conservative brick-and-mortar casinos running the sites prefer.

But not everyone in the U.S. online gaming market wants to divvy up profits with a platform partner, or use software that deviates only in branding from many other operators. They’d rather have 100 percent control of the platform and the direction they take.

Rush Street and Pala are two examples of companies that have decided to blaze their own online gaming trails.

Both companies’ online casinos have been able to grab modest but significant market shares in New Jersey, despite neither company having a casino presence in the Garden State, and launching well after most of their competitors: Pala in November 2014 and Rush Street in September 2016.

In the online casino world, software plays a critical role, but not as much as it does in online poker.

There is less deviation between online casino platforms, and returns tend to be identical across all platforms in the jurisdiction. Because of this, and for other reasons to be noted later, any perceived inadequacies are easier to offset through promotions, game selection and a user-friendly interface.

As New Jersey-based gaming industry analyst Robert DellaFave explains, “Ease of use is a big draw for me. If I can’t log on, make a deposit and find a game of my liking within a couple of minutes, I tend to shy away from the site.

“But what keeps me coming back is game selection, incentives such as free play and regular promotions, and server stability—I can’t emphasize how important it is that a game not crash on me. It’s such a buzzkill.”

But there are limits to what players will put up with. DellaFave says he tries to avoid some New Jersey sites because their platforms aren’t simply inferior, they’re bad.

“Even if they offered me a solid reload bonus, I can’t see wanting to deposit at a site with inferior software,” DellaFave says, adding, “But you never know.”

As DellaFave explains, the uniformity in the online casino industry has seeped into the way online casinos reward players. “These days, a lot of sites run promos that offer a percentage return on net losses,” DellaFave says. “While there’s some value there, I just don’t find them appealing, because if I win I get nothing… And isn’t winning one of the primary goals of every gambler?

“Instead, I like good, old-fashioned match bonuses, so long as the wagering requirements are reasonable. A 100 percent match up to even $50 would be enough for me to give a rarely visited site a second look.”

For an online poker player, there isn’t a “you never know.” It would likely take the CEO showing up with a bag of money for them to play at a site with vastly inferior software.

No company illustrates this difference better than Ultimate Poker.

Following a successful launch in Nevada and New Jersey, Ultimate Gaming was poised to be a major player in the burgeoning U.S. online gaming market. And just like that, it all came crashing down.

Within a year of its New Jersey launch, Ultimate Gaming pulled out of the market. A couple months later, and less than two years after it first launched in Nevada, the once-promising Ultimate Gaming was no more.

Poker proved to be Ultimate’s Achilles heel, evidenced by Ultimate’s mixed-bag performance in New Jersey, and its inability to compete with WSOP.com despite being the “only game in town” for several months.

In Nevada, as soon as an alternative appeared, players ran from Ultimate Poker, and the site quickly became second fiddle in a two-fiddle band.

On the marketing front, Ultimate signed some of the biggest names in poker, including Antonio Esfandiari—fresh off his record-setting win in the Big One for One Drop Tournament that saw him pocket the largest prize in poker history, $15 million. Ultimate surrounded Esfandiari with a group of young, charismatic players, including rising star Jason Somerville and his RunItUp brand. Ultimate was able to leverage its stable of poker talent, and was one of the first online gaming operators to embrace social media and video.

When it came to intangibles, Ultimate was a home run. Poker players heaped praise on its customer service department, headed up by player liaison Terrence Chan, who served admirably as the company’s director of player operations.

Ultimate was also an innovator on the promotional front. As it struggled to meet tournament guarantees in New Jersey, Ultimate came up with the idea for its Noverlay promotion, where Ultimate refunded tournament buy-ins if specific tournaments reached their guarantees.

But there was one thing in particular not to like.

In the end, nothing Ultimate Poker brought to the table was enough to overcome the lackluster software.

Its casino held its own, but poker players had no patience for the company’s not-ready-for-primetime software. The software was playable, but didn’t meet the baseline expectations of poker players.

PocketFives co-founder Adam Small summed it up on Twitter when Ultimate officially closed its doors in November 2014. “Ultimate Poker’s advantage was its undoing,” Small tweeted. “They beat everyone to the market in Nevada, but their product was clearly rushed.”

An online casino with “rushed” software could still appeal to the DellaFaves of the world, but for an online poker site it’s a death sentence.

Ultimate Poker learned this lesson the hard way, as no matter what it tried, poker players simply couldn’t look past the software. And ultimately it was done in by its platform—pun intended.

The companies that have come after Ultimate are very aware of this dynamic.

“The effort and cost of developing and maintaining a platform that supports the game of poker is an order of magnitude more complex and expensive than what is required to develop and support casino or other online games,” Pala Interactive CEO Jim Ryan says.

“The product needs to manage real-time interactions between unique players that could number in the thousands at any given time. Lag in the performance of the product will not be tolerated by the consumer.

“Transactions associated with operating a poker platform quickly accumulate into the millions, and as such, the platform needs to efficiently manage, store and retrieve data, thereby requiring processing power and storage that increase the cost of supporting the platform.

“In addition to the need to manage real-time transactions, there is also a need to store and provide for the timely review of historic play. Platform support of poker tournament play requires an additional and unique set of complex coding requirements.

“The need to consolidate and move players through levels and the need to deal with numerous exceptions that happen during tournament play require a specific level of expertise in the platform provider’s product and technical team that is unique in the gaming industry.

“To cap off the complexity of the system architecture, the platform needs to support a network model which would allow for a number of different poker brands to offer poker games in the same liquidity pool.”

Ryan goes on to talk about the added support systems online poker requires:

Fraud Detection & Investigation System—The platform needs to identify transactions that may be related to chip dumping, player collusion, bots and unusual wins and losses. This system is unique to poker, and needs to be supported by a team that will investigate each case.

Poker Operations—The success of a poker room or network is in large part related to a group of individuals who define, review and refine games offered in the room, as well as blind structures and tournament schedules. The operations team is responsible for understanding what is happening in the market, taking customer feedback and adjusting to the needs of the customer.

Payments and Customer Support—A fundamental element to the success of a poker offering is the ability to get money in and out of the system in a timely fashion and to have the needs of the player supported by a knowledgeable customer support team.

That is a lot to digest, and a heavy lift, but if a company is intent on being a player in the online poker industry, it’s what is ultimately required—pun intended, again.

Ryan offers a blueprint of sorts, 10 all-important components that go into an online poker site:

Architecture—meaning, the “platform is built with layered architecture that separates the roles and concerns. This means presentation, business logic, foundation APIs and database are managed in separate layers. Each layer is delivering what it is responsible for. Layers interact through a formal protocol (e.g., web services) to keep the platform modular and robust.”

Stateless—meaning, the “servers should be stateless to achieve scaling. Servers can be added horizontally as volume increases.”

Database schema—meaning, “the schema in the real-time gaming database should be optimized for gaming needs (not necessarily for business

KPIs—these are addressed by data warehouse).”

No single point of failure—meaning, “each role in the platform should have a redundant solution. There shouldn’t be a single role on a single server/services that if it fails the entire system collapses.”

Failover and redundant—meaning, “each role must have redundancy and failover solution. Failover should be automatic.” Implement core competency functionality, and use third parties for everything else.

Security—meaning, the “security zones must be established; encryption where necessary; access to components should be by need only; data protection and malicious actions should be blocked and monitored. Platform must have built-in security.”

Mobile—meaning, the “platform must support mobile and various other clients. The platform should be agnostic to client technology.”

Putting It All Together

For an online poker operator, choosing to build a proprietary platform is a path fraught with danger, but one where there could be greater potential rewards at the end of the rainbow, because of its complexity.

In New Jersey, online casino revenue is six times online poker revenue. Couple this with the difficulties Ryan rattles off above, and it’s easy to see why some operators have decided to forego poker entirely, and why others have shifted most of their focus to casino—the low-hanging fruit, so to speak.

This creates opportunities for a company that sees a long-term opportunity in online poker… provided they avoid the pitfalls that did in Ultimate Poker.