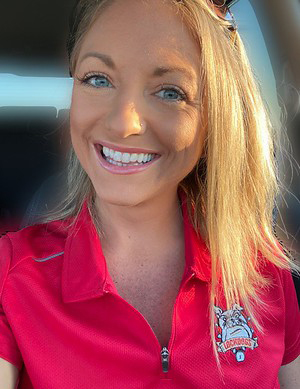 Ashley Eurich has taken a circuitous route in her career. A degree in English and psychology. A film production class. A maid service. A concrete company. University. A film festival. Each step contributed something.

“I have always felt guided, and although some decisions put me in difficult predicaments, I always prevailed, gaining valuable experiences and skills along the way,” says Eurich, vice president and chief of operations at Lockdogs, which manufactures locks for slot machines.

After graduating from Minot State University in 2008, Eurich worked in insurance sales, before she launched a maid service business at a time when she also worked for a concrete company in various supervisory roles. She left North Dakota for Minneapolis in the summer of 2015 to run a startup for her fiancé. Even after the relationship ended, she continued to operate the company through early February.

The film class evolved after the separation. “The class gave me hope and provided a skill set I came to apply later on in a variety of roles,” Eurich says.

In October 2016, Eurich shifted gears again and joined Capella University in management positions, initially in Minneapolis and then remotely. The following January a friend asked her to help with the jellyFEST film festival in Los Angeles.

“The experience helped me find my confidence. It also showed me that I can do anything that I am called to do… even joyful things,” she says.

When her team at Capella went remote due to Covid-19, morale dropped, she says. Meetings were difficult.

“Covid made it all hell, plus trying to maintain a job, my sanity, finances—it was one of the biggest struggles I have ever gone through,” she says.

She left Capella last December with a separation package just before the college instituted involuntary layoffs.

“The day I made my decision to take the offer, a double rainbow appeared in the sky,” she explains. “I loved that job, but the work culture was reactive and my efforts to improve the inefficiencies were stymied.”

While still with Capella, Eurich joined Lockdogs in 2018 and moved up to chief of operations in January. In addition to her title, the job entails distribution, communications, troubleshooting, generating new business, demos, trade shows, even installation.

“Any hat that a business needs put on to run, I wear it.”

For the position, Eurich works remotely.

“The challenge is being my own motivator,” she says, “checking every item off the list without the energy of an office or a team motivating me to do it.”

Still, Eurich considers herself a success despite a lack of a roadmap.

“I am blessed because I am resourceful enough to execute anything in front of me,” says Eurich, who relaxes by writing. “I have handled obstacles by simply doing them, and not quitting. And I have learned another opportunity always awaits.”

Eurich’s influences include her father. “He showed me I am loved.”

Jeff Connor, the owner of Lockdogs, has been the closest thing to a mentor. “He has never given up on me. He taught me to see things through. He tells me the potential he sees within me.”

As expected, her advice reflects her own career.

“Listen to those who truly believe in you and speak goodness into your life. Take risks and let go of any worry about how things will turn out. A thousand opportunities will present themselves.”