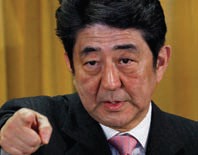 The legislative caucus steering Japan’s casino legalization bill through the National Diet will not include a controversial provision that would have closed off the industry to the country’s 127 million citizens.

Reports from Japanese media last month held that a locals ban had been agreed in order to secure support for the bill from opposition and minority party lawmakers concerned about gambling addiction and other potential adverse social impacts.

But a source close to the talks told Reuters this is not the case. “We confirmed that we will not exclude Japanese nationals,” he said. “We agreed that we will make a partial change, to address concerns that have been raised, to say that we will take necessary measures.”

One of the changes under consideration is a Singapore-style entrance fee system for domestic players, which if agreed will be included in legislation introduced in the Diet’s next regular session to deal with regulations, taxes, licensing and other issues. That session begins in January.

The current special session, which is expected to pass the bill, concludes on November 30. The bill was introduced last December but failed to make it to a vote in the regular session that ended in June, and negotiations continue to progress slowly.

“We would expect the behind-the-scenes jockeying to continue for the time being,” said analyst Grant Govertsen of Union Gaming Research Macau. “While certain majority party members are seemingly pushing for the passage of the IR promotion law this month, we do not believe they currently have the necessary support of key minority parties.”

As for the Japanese public, it has been difficult to gauge their views either way, though certainly there has been no groundswell of support. With preparations heating up for the Olympics, Tokyo’s new governor, Yoichi Masuzoe, has said casinos are not a priority, and daily newspaper Asahi Shimbun recently published the results of a telephone poll in which 59 percent of respondents said they oppose legalization. Conversely, recent polling conducted by media giant Nikkei shows nearly 59 percent in favor.