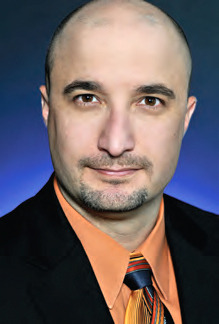 Rob Norton enjoys the thrill of pressure. He has found the right place.

The Cordish Company is developing the facility, which draws from the most densely populated market in the country. Several million potential customers—from Washington, D.C., Baltimore, Annapolis and Philadelphia—live within a two-hour drive.

Norton, whose father Steve was an industry pioneer and among the group that launched Atlantic City’s gaming in 1978, draws the biggest spotlight of his career. He presides over an industry rarity these days—an opening.

“This is a very exciting opportunity for me,” he says. “There are only a handful of properties in the country that will embark on a project of this magnitude. We are one of a very few at the top of the food chain. The Cordish Company is a one-of-a-kind organization. They presented such a nice opportunity that it made sense for me to come here.”

The offer he couldn’t refuse entails overseeing all aspects of the property’s operations, including gaming, finance, marketing, human resources, hospitality and information technology. This will be a heavy drive-in market, with the airport supplying a bonus customer stream.

Maryland Live! wasn’t given perfect conditions, however. A whopping 67 percent tax bracket, one of the largest in all of gaming, provides a stiff challenge. Norton’s property seeks to capitalize on the size of its slot parlor and on being one of the first big players in a lucrative, yet lightly tapped market.

“Our research indicates that the housing market was not affected nearly as much here as in other parts of the country,” he says. “Unemployment hasn’t been nearly as prominent as it has been elsewhere in the nation. These are strong factors for us. Unfortunately, with the tax bracket we have to think differently than we normally would. We have to take all the cliché answers to heart, like incorporating automation, being more internet-based with our marketing, being disciplined with the hiring and staffing, etc.” Maryland Live! has begun hiring a staff of 1,500.

Norton has succeeded in difficult conditions before. He served as COO of MTR Gaming from 2009 to 2011, growing the company’s earnings each year, despite over $1 billion of competition entering the market. MTR owns and operates casino and racetrack facilities in West Virginia, Pennsylvania and Ohio.

Prior to MTR, Norton held a variety of top executive positions and opened four properties for Isle of Capri Casinos from 2000 to 2009.