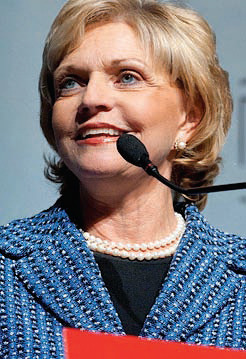 Chris Mackey, spokeswoman for Perdue, said, when the casino first opened, “There were new hotels, new restaurants and businesses that meant jobs all around Cherokee, and I think the idea is that something like that could happen again. That’s good for North Carolina and it’s certainly good for western North Carolina.” Mackey did not know if offering live gaming at the Harrah’s casino would lead to a revenue-sharing agreement with the state.

The property only could offer bingo games when it originally opened in 1997. Today it has developed into a large and popular casino resort with 120,000 square feet of gaming space, a 15,000-square-foot conference center, retail, restaurants and hotels. More expansion is planned in 2012.

A recent study commissioned by the tribe indicated Harrah’s casino generates more than $380 million annually for the local economy.