Half of wagers placed by lower-income Scots 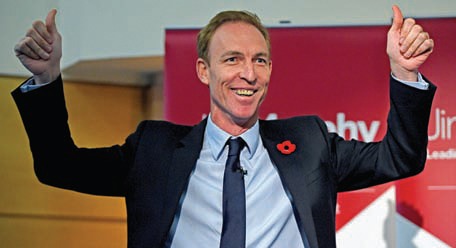 Now, Scottish lawmaker Jim Murphy is calling for a dramatic cut in maximum stakes on the machines, from £100 per spin to just £2, according to the Scottish Daily Record.

“I find it completely unacceptable that people can lose an entire week’s wages in a few minutes with these machines,” Murphy said. “Of course people can lose the same amount on the horses or dogs in a bookie’s, but these machines lure people in and hook them on a habit that is becoming so destructive.”

“Finally a political leader has taken the bull by the horns and has recognized the only effective way to protect communities from these machines is to cut the stake to £2 a spin,” he said. “Scotland can’t let these addictive high-speed gaming machines continue to overrun our high streets. Westminster parties should take note of Scottish Labour’s decision.”

Not surprisingly, Peter Craske, spokesman for the Association of British Bookmakers, has a different take on the controversy. “Betting shop operators put responsible gambling at the heart of all we do,” he said. “Gaming machine players now can set limits on the amount they spend or time they play for. We have increased responsible gambling messages on machines and stopped all advertising of them. We work closely with the government and Gambling Commission on responsible gambling measures, and will continue to do so.” Of all wagers made, he added, only 3 percent ever reach £100.