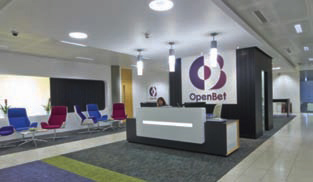 Light & Wonder announced that it has reached an amended agreement with Endeavor Group Holdings, Inc. to sell its sports betting division, OpenBet, to Endeavor for $800 million, down by a third from the original deal for $1.2 billion. Analysts say the amended deal reflects depressed valuations in the sports betting marketplace.

Under the definitive purchase agreement with Endeavor, a global sports and entertainment company, Wonder will receive $750 million in cash and $50 million in Class A common stock of Endeavor Group Holdings, Inc., based on the volume weighted average price of such stock in the 20 days before the date of the amendment, or total gross proceeds of $800 million and estimated total net after-tax proceeds of approximately $700 million.

“The amended purchase agreement provides a strong valuation in the current market,” said L&W in a press release, “and also increases the speed and certainty of closing by modifying the conditions for closing, including Endeavor’s agreement to waive the closing condition requiring regulatory approval by the Nevada Gaming Control Board, if required.”

Under the revised terms, the transaction is anticipated to close by the end of the third quarter of 2022, subject to the remaining applicable regulatory approvals and customary closing conditions. The recently completed sale of the Scientific Games lottery business and the pending sale of OpenBet will cumulatively generate approximately $5.6 billion of estimated net after-tax proceeds.