Good or bad, the Garden State is defining iGaming 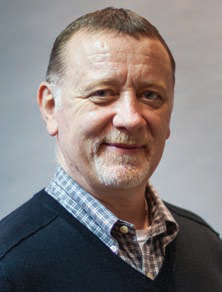 New Jersey is both the poster child and stepchild of iGaming. Poster child as it is the one sizeable U.S. jurisdiction to have implemented iGaming, one to which other states look as an example. Stepchild because of the numerous issues that New Jersey faced in the implementation process, such as problems with geolocation, and more importantly, lack of acceptance of deposits by major credit card companies.

The most endurable impact of New Jersey will be that it will change the conversation at statehouses across the country. No longer can iGaming be held up as a major generator of tax revenue. The experience in New Jersey will result in more realistic revenue projections in other states such as Pennsylvania and Mississippi, where legislative committees are now investigating the potential for iGaming.

Further limiting the revenue expectation is the radically different business model of iGaming compared with its land-based counterparts. While iGaming has no physical manifestation, it is a business driven by marketing, player acquisition and retention, and as we have seen elsewhere, this business model starts to break down as taxes approach the 20 percent level.

This is difficult for legislators to understand. They look at the land-based casinos where tax rates sometimes exceed 50 percent and where casinos of significant size and scope have been developed that create huge amounts of tax revenue and employment, and they ask, “Why can’t we tax iGaming as we do land-based casinos?”

Proponents need to explain the answer to this question and to educate legislators that it is truly a very different business model.

We have always cautioned our clients that iGaming will not generate the level of tax revenue produced by land-based casinos. And while it creates jobs, they, also, aren’t comparable to those on the land-based side.

There is a need to be frank on these facts and to explain to legislators why this is so. This is a negative but necessary argument, as it is a prelude to what I believe should be the two major tenets of proponents attempting to legalize iGaming in their states: consumer protection and protection of land-based business.

In relation to consumer protection, there can be no doubt that regulated iGaming provides a much safer and secure environment for U.S. players. However, hand in hand with the implementation of iGaming should be an increased focus on blocking illegal offshore gaming websites.

As competition has increased in the land-based gaming industry, particularly in the Northeast, many casinos are seeing revenue declines as competitors appear in surrounding states.

States such as Pennsylvania and Mississippi that have seen their revenues decline over the last few years are now searching for actions they can take to protect their mature gaming markets. Internet gaming has featured prominently in these discussions.

The evidence from New Jersey clearly shows that iGaming is indeed a valuable adjunct to the land-based operator, whether it is in the form of social games or real-money gaming.

Just as important as iGaming revenue is the ability iGaming offers the operator to interact with a large number of existing land-based guests who also play online—and even more significantly, to interact with online patrons who can be enticed to make a visit to a land-based casino.

This provides the basis for expanding the land-based database and generating new visits though online marketing efforts. By combining a land-based presence and an online presence under the same brand, visits will increase and loyalty will be enhanced. This is exactly what is happening in New Jersey. Golden Nugget and Borgata both report that close to three-quarters of online players are not regular land-based customers—creating a new player acquisition opportunity.

The emphasis that is now likely to be placed on integrating land-based casino marketing programs and databases raises a challenge for the industry—namely, there is a need to fully integrate the land-based and online customer databases so the operator has a single holistic perspective of the value of that customer online and in the casino, and can then market to them appropriately.

While some believe the rocky road to implementation in New Jersey has exposed the limitations of iGaming, others point with relief to the fact that New Jersey was a test bed for implementation and that many of the “hiccups” experienced there can be avoided elsewhere. More importantly, New Jersey has pointed the way forward. It is not revenue from iGaming that will persuade legislators that it is worthy of their attention, but the consumer protection it offers and the benefits that can be realized by land-based operators.

iGaming will bring with it another, albeit smaller, revenue stream that can be profitable in and of itself, especially if the operators understand and take advantage of the convergence of the two forms of gaming. Indeed, those doing best in New Jersey are those who have recognized and embraced this convergence.

More importantly, iGaming offers another avenue to help in the ongoing battle for market share that is occurring throughout the U.S. casino market.

Internet gaming should not be oversold as a panacea to the gaming industry’s woes, but it is nevertheless a highly valuable tool for casino marketing in a challenging environment.