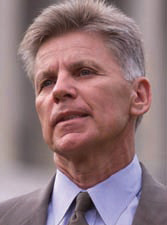 For the ninth year in a row, the California legislature failed to pass an iPoker bill.

In this year as in past years, competing interests among gaming tribes contributed to the gridlock, or more accurately, defined the gridlock.

The most recent bill to be fought over was AB 2863, which, as the legislative year ended on August 30, was lying inert on the Assembly floor.

States that have legalized online poker and/or iGaming and are collecting taxes from it are still limited to Delaware, Nevada and New Jersey, although Pennsylvania recently included iGaming revenue in its next budget, signaling a possible legalization in 2017.

In California this year, a key agreement was forged with the racetrack industry that persuaded them to sit on the sidelines and not try to participate in online poker in return for being paid up to $60 million each year from poker taxes.

However, the main sticking point continued to be the participation or non-participation of PokerStars, which, in the swirling maelstrom of shifting alliances, found itself on the losing end as the session came to an end.

It was not for lack of trying by Assemblyman Adam Gray, who, although not the only author of an iPoker bill, ended up dominating the discussion with AB 2863. This bill was passed by the Governmental Organization Committee, which he chaired, in April by unanimous consent. That bill reflected the deal that had been cut that gave the racing industry a place at the table, but without being able to operate a casino site.

The amendment process continued, and the “bad actor clause” which addressed the special circumstance of PokerStars, supposedly addressed. It created a situation where companies that did business with U.S. online poker players after December 2011 (which did not include PokerStars) would not be able to participate.

Then in June, Gray amended the bill to change the date from December 2011 to 2006, which did catch PokerStars in its net, but which let it get out of the net by paying $20 million—or waiting five years.

This version passed the Appropriations Committee and was sent to the Assembly floor.

That’s when the coalition led by Pechanga announced its opposition, and made clear that it would oppose any bill that didn’t exclude PokerStars altogether. It didn’t say that exactly, but proposed an amendment that would exclude the company for a decade plus require them to pay $60 million for the privilege of operating at the end of that time.

The coalition wrote Gray: “We deeply appreciate your leadership in bringing stakeholders together to try and resolve the outstanding differences regarding internet poker legislation. At a time when California was making painful budget cuts to education, public safety and social services, these and other offshore poker sites evaded paying tens of millions of dollars in California taxes.”

Gray tweaked his bill again, this time to keep PokerStars out of the market for five years, with no chance to pay a fine and shorten that period.

Supporters of PokerStars, led by the Morongo tribe, and their opponents took turns calling each other obstructionists while groups representing actual poker players began to make sure that everyone felt their pain.

Gray’s final amendment, which was perceived as an about-face, occurred at just about the same time that Pechanga hired BBC Public Affairs, a lobbying group founded by former U.S. Rep. Gary Condit, who is Gray’s father-in-law.

When PokerStars and its supporters saw the final version, they threatened a lawsuit to challenge the constitutionality of a law intended to punish one party—an action compared to a Bill of Attainder, something specifically banned by the U.S. Constitution.

The Golden State’s online poker market is estimated to be about $400 million, and about 1 million California players who play without the benefit of consumer protections. To tap some of that money for the state government, Gray’s bill had anticipated a 10 percent tax, which is higher than in neighboring Nevada.