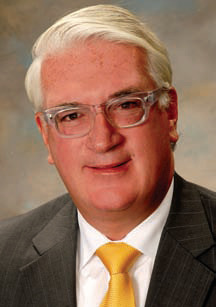 Many people may think the scope of work falling to gaming attorneys is limited to traditional gaming-related matters, but that is not the case—nor should it be, according to Mark Clayton, one of the industry’s top gaming lawyers and a shareholder in the Greenberg Traurig law firm.

“Regulators continue to believe—and rightly so—that anything that happens within the four walls of the casino is ultimately the responsibility of the gaming licensee,” says Clayton.

Take the explosive growth of nightclubs in hotel-casinos, for instance.

“The regulators believe those types of behaviors would ultimately bring disrepute to the state, so they decided there was a need to regulate club vendors more closely,” Clayton says. Casino operators now must take a stronger role in monitoring their nightclub venues, including designating an employee, who must be licensed as a key employee, to oversee and monitor the nightclubs.

Even as that issue began heating up, Clayton was already boning up on proper nightclub operations, such as security protocol for nightclubs. That’s just par for the course for any good gaming attorney, he says, explaining why it’s important for gaming lawyers to weigh in on topics that at first blush seem to be outside the traditional gaming attorney realm.

“We’re involved with everything that’s occurring at the property even if it doesn’t fall within the traditional definition of gaming,” he says. “So, it could be a foreign corrupt practices issue. It could be the number of EMTs at a property. It could be about security protocol. I now know more about nightclubs than I’d ever envisioned knowing.”

resume includes serving as a member of the

Clayton also served as an attorney with Lionel, Sawyer and Collins before joining Greenberg Traurig, where his practice focuses on gaming regulatory matters and gaming legislation.

“Mark Clayton is among the very top gaming lawyers not only in Las Vegas and the United States but globally,” Greenberg Traurig CEO Richard A. Rosenbaum said in a statement when Clayton was hired.

“He is an exceptional attorney whose background and experience, particularly his roles as a member of the Nevada State Gaming Control Board and as in-house counsel to major gaming companies, will be a significant asset to our clients and our firm,” says Michael J. Bonner, managing shareholder of the firm’s Las Vegas office.

For his part, Clayton credits several individuals who have mentored him over the years.

Bonner and Gregg Nasky mentored him when he was doing securities work as a young lawyer at the beginning of his career; Bill Bible, chairman of the Gaming Control Board when Clayton was chief of the Securities Division; and finally, Bob Faiss, “who was one of the leading, if not the leading gaming lawyer, of this field.

Clayton also is quick to note that many, many others helped and influenced him over the years. “I’ve been very fortunate in that regard,” he says.

Looking forward, Clayton says the gaming industry is facing an interesting period. The gaming product will continue to evolve, he says, as new technology emerges, player tastes change and new regulations such as those in Senate Bill 9 allow for skill-based games.

“What we’re seeing now is a generational change in the gaming customer, so the industry is going to have to reflect that,” Clayton says. “We just have to remain adaptive.”