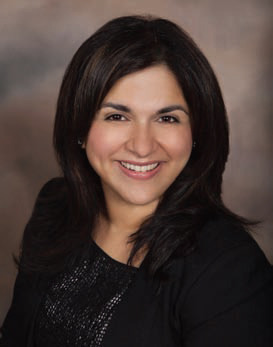 She held various private practice associate and government clerk positions while in law school at the Washington University School of Law in St. Louis. After graduating with a juris doctor in 2003, Bangalore went on to work as an associate for a premier commercial law firm in Miami before moving to a publicly traded travel company as a consultant attorney.

With a distinguished resume under her belt early on in her career, Bangalore undoubtedly had a variety of career paths available to her. Why then, did she choose to pursue a career in gaming? Similar to other emerging leaders in the industry, the fast-paced, evolutionary nature of the gaming industry originally attracted Bangalore. “I was interested in everything that came with the industry,” comments Bangalore. “I was drawn to its tenacity as well as its ability to transform and grow with generations.”

Bangalore was fortunate to begin her career in gaming at the epicenter of the domestic industry, Las Vegas. This was another factor that drew her to industry. “Gaming drives the Nevada economy,” Bangalore notes. “Being a part of that in any way, shape or form was really amazing, and what I wanted.”

Upon moving to Las Vegas, she began working as assistant general counsel for Bally Technologies. While she had impressive experience outside of the industry, she had minimal experience within gaming. “I was fortunate Bally was willing to bring on a relative newbie,” jokes Bangalore.

Bangalore notes that there is a “laundry list” of people that she considers mentors and friends from throughout her gaming career. During her time at Bally, Bangalore feels fortunate to have worked with, and learned from, Mark Lerner, among many others within the legal and compliance departments at Bally.

In her current role at Aristocrat, Mark Dunn and the legal and compliance teams have been outstanding resources, and she says she feels very fortunate to be part of a wonderful group of people. Additionally, Bangalore notes that Tina Kilmer has been a mentor and then some. “Tina has been a wonderful mentor and very good friend,” says Bangalore. “She is always pushing me to be better.”

In between her time at Bally and Aristocrat, Bangalore took a hiatus from the gaming industry, working as senior corporate counsel for a successful e-commerce company. However, the expeditious, challenging industry that is gaming kept calling her back.

“There are always interesting challenges that come up with my job in the gaming industry,” says Bangalore. “Every single day brings new challenges and no day is the same.” On top of this, it is clear that Bangalore feels at home in the industry and has built a professional “family” within gaming.

Bangalore’s advice for young leaders in the industry is to gain as much exposure as possible. “Invite someone to lunch, find mentors, find sponsors,” says Bangalore. “If you genuinely want to learn from someone, it would serve you well to reach out to them.”