Arizona casino could be in courts for years 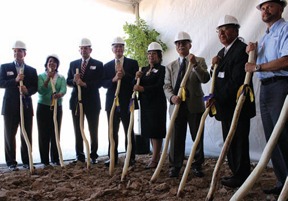 Although the Tohono O’odham Nation broke ground in August on its proposed West Valley Resort and Casino next to Glendale, Arizona, it may be years before they are actually able to start operating it.

Besides being in a county “island” next to Glendale, the proposed resort is also near Phoenix, which is the reason for the location. The property, which the tribe purchased 11 years ago with money awarded to them as compensation for their original reservation being inundated by a federal dam project, is actually about 100 miles from their Tucson reservation.

Several fellow gaming tribes oppose the Tohono project because, they claim, it violates the gaming compact that all of the state’s gaming tribes signed and which the voters approved in 2002. That compact was supposed to limit the number of casinos that would be allowed in Maricopa County, which includes Phoenix.

The Tohono tribe disputes that, claiming that in the 1990s it informed other tribes that it intended to buy land near Phoenix for a casino. It adds that it used a shell company to keep the price of the land from being pushed up.

According to Diane Enos, president of the Salt River Pima-Maricopa Indian Community, who was interviewed by KJZZ News, the compact includes a provision that could allow commercial gaming in the state if the terms of the compact is violated. She considers what the Tohono are doing a violation.

“The Tohono O’odham have learned very well from the non-Indians, the federal government, the United States, how you do Indian people dirty and then smile at the same time,” she told KJZZ.

So far the Tohono have fended off all comers in the courts.