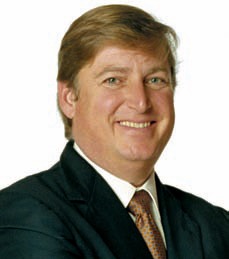 Current CEO and Chairman Andre Hilliou, who had instructed stockholders to ignore the investors’ quest for control, will step down, along with Chief Operating Officer Mark Miller. In addition to Lee, the company’s six open board seats will be filled by investors Craig Thomas and Bradley Tirpak, W.H. Baird Garrett, Raymond Hemmig, and former Boyd Gaming Corp. CEO Ellis Landau.

In October, the Securities and Exchange Commission OK’d a request by the investor group, which controlled 6.2 percent of Full House, to restructure the board from five to 10 members. The group had complained about excessive CEO compensation and massive revenue losses, and sought more influence over the company’s operation and direction.

In response to the proxy fight, Full House put itself up for sale. But the coup by Lee and his overhaul of the board “likely delays?and possibly ends” the planned sale, according to Cincinnati.com. Full House now says it continues to “evaluate alternatives for the company.”

The company owns three casinos: one in Indiana, one in Mississippi and the Stockman’s Casino in Fallon, Nevada. Full House also manages the Grand Lodge Casino at Hyatt Regency Lake Tahoe under a lease agreement.

Lee now has an option to buy more than 940,000 shares of Full House stock at a fixed price over a four-year period. He has his work cut out for him: Full House’s stock price has declined by 55 percent over the past 12 months, and the company has also breached its credit covenants.