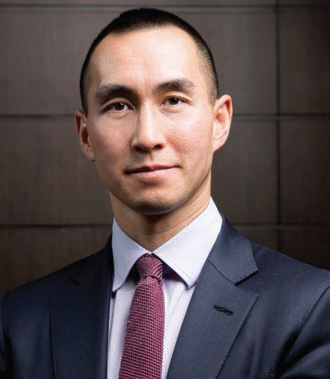 Lawrence Ho has been a major player in Macau and other Asian gaming markets since before the handover of Macau to China in 2002. He formed Melco International to forge his own casino company in partnership with Crown Resorts. The recent departure of Crown from the joint venture means a new era for Ho and Melco. Ho spoke with GGB Publisher Roger Gros from his offices in Hong Kong in May.

GGB: Tell us about the recent departure of Crown as co-owners of your company.

Lawrence Ho: We think it is the conclusion of the most successful gaming partnership ever, because in the gaming space, there aren’t many partnerships that last very long. And most of the time, when they end, they end in very bitter disputes and major lawsuits. James (Packer, Crown executive chairman) and I are still great friends. We’re both young. We’re both optimistic about the future, and we still might do something down the road together. So, who knows?

But at the same time, for Melco and myself, it’s extremely exciting. Because I really see the market turning around, not just in Macau, but literally, in all markets driven by Chinese economies and China’s export of tourism.

We just got a chance to see Studio City for the first time and it’s a pretty spectacular property. How is that performing now?

But Studio City’s main investment thesis was always based on the coming of Lotus Bridge, which is the second border gate between China and Macau. But today you see the footbridge that the Macau government is currently building is not completed. And between us and the immigration building, the government is also building a massive light rail station. And so, the Lotus Bridge, which was supposed to be the most popular route to Studio City, is still blocked, and it has been blocked since its opening. Hopefully, sometime in the second half of this year it will be completed.

The new tower at City of Dreams also looks pretty spectacular. What’s the opening date on that tower?

Morpheus Tower, which is the last phase of City of Dreams, is due to open before next April. We’re less than a year away, and we really look at the opening as CoD 2.0. When City of Dreams opened in 2009, it was a very different market, and a different property, but over the last few years, we’ve solidified our position as the top premium mass and premium direct property. And with the unveiling of Morpheus, it really completes the retail loop, and we’ve done a lot of work on upgrading and improving the retail proposition. And so, it’s a significant moment for City of Dreams.

We’re very proud that this was one of the last properties designed by the late Zaha Hadid. She was amazing. But at the same time, what she designed was very difficult to build, and that’s why it’s taken as long as we have, and really taken a lot of resources, capital and expertise.

You mentioned the rebound of the gaming revenues in Macau. What do you think is driving this?

First of all, mass-market, for the last 12 months, has already taken over. Mass has taken over. It’s over 50 percent of the revenue. Since mass is four times as profitable as VIP, for operators, that’s very significant. And I don’t see that trend going away.

A few years ago, Macau CEOs kept telling us that Macau has only penetrated 1 percent or 2 percent of the Chinese market. Is that still the case, or has that percentage gone up a bit now?

It’s gone up a bit, but again, if you look at Macau, it’s really been mainly about Guangdong. Guangdong is really just about the business of Macau. So it’s not just like 1 percent or 2 percent of China anymore, because Macau has broadened and reached through more parts of China, but it’s still a very low penetration base, compared to most mature gaming jurisdictions.

Tell us about your interest in Japan and how you would feel about being a minority partner in a Japanese casino, as the government seems to be favoring.

I look at Japan as the future of growth of the north Asia market, or north China market.

We’ve always wanted to be a very open and transparent company. So being a minority partner would be a tough one. But Melco has already been very open-minded and innovative, and our single goal is to be part of that market. So, I wouldn’t say it would be a flat “no,” but we would really want to understand how many licenses and work out the possibilities first, before we would even consider signing up for a deal like that.