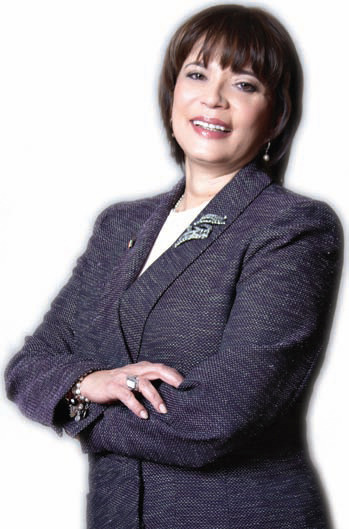 With an undergraduate degree in international affairs from Universidad Central de Venezuela, an MS in development economics from Boston University and an MA in public administration from Harvard University, Beatrice Rangel has made her career occupying key positions in both the public and private sectors.

She held a variety of high-level posts within the government of Venezuela from 1972 through 1992, in directorial and advisory capacities, eventually becoming chief of staff for the minister of the secretariat of the presidency.

From 1993 through 2004 Rangel was with the Cisneros Group of Companies, one of the largest privately held media, entertainment, telecommunications and consumer products organizations. Rangel was hands-on in developing business strategies for high-profile media and communications projects.

As senior VP of corporate strategies until 2000, she developed key components of the company’s long-term strategic plan. In the role of senior adviser to the chairman from 2000 through 2004, Rangel’s duties included overseeing development in the U.S. Hispanic market and providing support to the chairman and CEO and to the president of the Cisneros Group on corporate relations policies and strategies.

Rangel’s time at Codere began in 2007, with her appointment as corporate director for institutional relations, a position she still holds. The Spain-based gaming and entertainment company was preparing to go public and needed to build a new business model based on creating share value. They turned to Rangel, who since 2004 had been heading her own consulting firm in Miami, AMLA Consulting, specialized in growth and partnership opportunities in the U.S. and Hispanic markets. Today she also holds the title of president for Codere’s two most important Latin American territories: Argentina and Mexico.

In Argentina, in Buenos Aires province, Codere has 14 bingo halls with over 5,000 slots, which altogether generated almost €403 million in the first nine months of 2011.

But it is Mexico that Rangel sees as offering the best potential for growth. Codere has received government approval for an acquisition that will increase its operations in Mexico from a 49 percent owner of 42 gaming halls to an 84 percent owner of 95 venues. Codere intends to turn all of the newly acquired properties into entertainment destinations. And if Mexico can eventually get its regulatory act together, growth could be significant.

“For the government, it is very important to understand that insofar as they do not enforce regulations, they are losing revenue,” says Rangel. “It is a pity, because Mexico is one of the countries in Latin America that is creating middle classes constantly, and these emerging middle classes tend to attend gaming halls to socialize.”