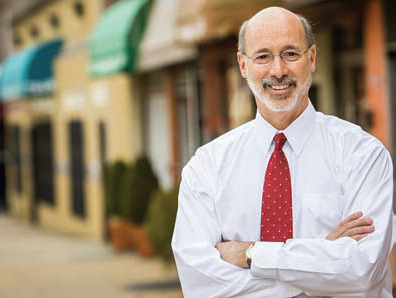 The 2015 state legislative sessions have not been positive for the legalization of iGaming, but there still is a chance in each of the three states where campaigns have been waged.

Despite a July 1 deadline, the Pennsylvania legislature has not been able to agree on a budget. Lawmakers considered online gambling as a money-generator, but the new budget does not include any mention of it, yet.

The only thing both parties agree on is that the state needs more revenue.

Newly elected Democratic Governor Tom Wolf wants to raise revenue with new taxes. Republicans want more revenue without raising taxes. Yet, all gaming reform bills have been eliminated except for one regarding online gambling.

Tim Wilmott, chief executive officer of Penn National Gaming, noted, “We don’t expect anything happening in ’15, but we’ve been encouraged by the hearings that we’ve participated in, in and around the state of Pennsylvania, that there’s more of an appetite to consider these options than there ever has been.”

The bill, introduced in May, has gained little traction in the state legislature, but the informational hearing before the New York Senate Racing, Gaming and Wagering Committee will discuss the viability of online poker regulation in the state. Bonacic is chairman of the committee.

Representatives of Caesars Entertainment and MGM Resorts, as well as “all of my casinos, racinos and OTBs,” will be present at the hearing, Bonacic said.

And finally, in California, a consortium of gaming tribes, card rooms, Amaya/PokerStars and racetracks are making a maximum effort to pass an iPoker bill in the California legislature before the end of this year’s session. However, some political observers say it may be impossible.

Standing fully athwart the effort is the strong coalition headed by the Pechanga and Agua Caliente tribes and including possibly seven other tribes, who oppose participation in any iPoker by PokerStars and the state’s racetracks.

For most of the year, passing an online poker bill has been seen as iffy, due to the lack of unity among gaming tribes. For the first part of the year the participation of PokerStars was the main sticking point.

The Pechanga coalition has insisted on a “bad actor” clause that would shut out the online poker giant, which ran afoul of the Justice Department a few years ago and had to agree to an out-of-court settlement of $731 million, but

didn’t admit to wrongdoing. Later in the year, the participation of racetracks, which Pechanga is also dead set against, added a new wrinkle to negotiations.

However, in early August, five tribes, several card rooms and Amaya/PokerStars began an effort to drum up grassroots support for iPoker legislation. The tribes include Rincon, United Auburn Indian Community and Pala Band of Luiseño Indians. The racetracks also are part of the effort, as are the Teamsters and Service Employees International Union. This generated optimism that the logjam might be overcome.

Bo Mazzetti, chairman of the Rincon Band of Luiseño Indians in San Diego County, is part of the five-tribe coalition pushing for legalization. Even if a bill doesn’t pass this year, he’d like to get one far enough along to pass early next year.

“For the first time in nearly seven years, there is significant momentum on internet poker legislation,” he said in a statement. “I am hopeful that as soon as the legislature returns from its scheduled recess, the full assembly will take up the issue.”