How and when will the gaming capital respond to an upturn in the economy? 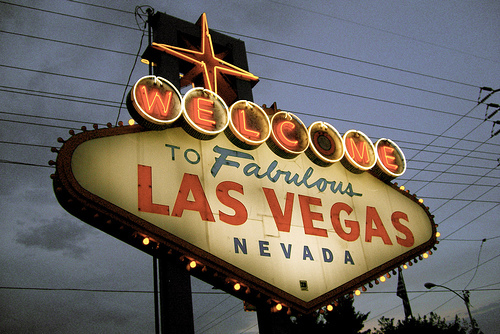 The Las Vegas resort industry, and for that matter, Southern Nevada, is at a turning point in its history-one that many in the industry, and those who observe and analyze it, never thought they would see in their lifetimes. It would not be hyperbole to say that the industry and Las Vegas are being fundamentally “reset” before our very eyes, because of the Great Recession of 2008-2009 (technically it started in December 2007). The recession is now finishing its second year.

Who would have thought just a short two years ago that the Las Vegas economy, largely driven by its vaunted gaming-resort industry, would not continue on its undeviating trajectory of largely uninterrupted rapid growth that started with the opening of the Mirage in November 1989. This was the birth of the mega-resort, not just in Las Vegas, but globally. The morphing of the industry intensified between 1995 and 2007-a period that is now looking like a modern version of the “Gilded Age,” and not just in Las Vegas.

So, where is the Las Vegas resort industry today, and what are the future prospects for the industry and Southern Nevada in the global economy of tomorrow?

The Industry Today
Some of the major indicators of the Las Vegas resort industry’s health are worth noting:

• Coin-in per slot and drop per game and table-indicators of “gross gaming spending”-dropped by 11.8 percent and 4.6 percent, respectivel,y between May 2008 and May 2009.

Some of the national indicators are having a major influence on personal discretionary spending, and by extension, on the health of the Las Vegas resort industry. They are:

• The U.S. household debt service ratio, which estimates the ratio of debt payments to disposable personal income, dropped to 13.5 in Q1, 2009, compared to 14.1 in Q1, 2008 (note: debt payments consist of the estimated required payments on outstanding mortgage and consumer debt), a welcome sign in terms of spending.

• The U.S. personal savings rate at the end of Q2, 2009 was 5, more than double the median rate of 2.4 during the peak (2004 and 2005) of the boom, a good indicator for the wealth rebuilding by households, but great for consumer spending.

So where does that leave the Las Vegas resort industry today?

It indicates that Las Vegas is in the unusual and unenviable position of offering a product or “experience” that continues to be highly desired, but where the value proposition of many customers has changed, because of the massive losses of wealth, even if only perceived in some cases. The proof of this new reality is clearly seen in the data above, as well as the anecdotal and empirical evidence about consumers’ new-found frugality as they rebuild savings and retirement accounts, and wait for home prices to show a sign of stabilizing, for a sustained period.

This unrest is compounded by the massive amounts of debt that the industry has incurred in recent years. In essence, the industry has never faced this many large-scale financial and market challenges in its storied history.

We are not suggesting that it will take a long time for tourist volumes in Las Vegas to recover, or, for conventions and attendees to return, once the unfortunate words and deeds of the Obama administration fade. What we are suggesting is that for a period longer than has ever been experienced in modern Las Vegas history, U.S. and international consumers will be spending substantially less for the Las Vegas experience.

This fact is having a severe impact on the local economy. The numbers are there for all to see:

• A median house price that tumbled by 40 percent between July 2008 and July 2009, despite the rapidly rising number of sales (large numbers of speculators are in the market).

Back to the Future
Returning to the question of the “turning point,” what is the Las Vegas resort industry doing to respond? Clearly, certain critical steps are being taken to lure back visitors. Room rates are being slashed, increasingly aggressive comps are being offered, etc.

Now the industry faces the situation of offering rooms significantly below the $250-plus per night that many of these resorts were built around (along with the flood of gourmet restaurants, “luxe” nightclubs, high-end retail shopping and high-rise condos).

The most over-hyped of this “luxury rush” was the move to high-rise condos, including hotel-condos, especially along the Strip. The hubris was no better characterized than by the term “Manhattanization” of Las Vegas as a fait accompli. There were some who even said that the Strip was Las Vegas’ “ocean,” as an answer to the observation that most communities with successful high-rise condo markets have water views, be it lakes or oceans.

There is no doubt that the success of the Las Vegas brand was instrumental in attracting the massive amounts of capital, as well as numbers of visitors, that poured into Southern Nevada during the last 10 years. Also, to say  a lowering of lending standards also contributed in a major way to the “irrational exuberance” that infected so many would be an understatement.

What appears to have been lost in this race to higher and higher levels of luxury, and what contributed to the industry bubble, was the snubbing of the value customer by many in the industry. This customer was the backbone of the industry for much of the last 30 years prior to the mid-1990s. Unfortunately, in the rush to chase after the Holy Grail-the luxury visitor-no matter the cost, large segments of the industry did not nurture the value-oriented visitor (the same can be said for many in the locals’ casino industry). In fact, many industry decision-makers largely turned their backs on this visitor as being too downscale for the “new” Las Vegas. As one industry insider, who early on predicted the issues to come, rhetorically asked me, “When everything that is being built on the Strip is considered luxury, what does luxury mean?”

And now the most important question: Where does the Las Vegas resort industry go from here? What are the strengths that can be built upon in a clear-headed and objective manner? It is actually a very simple answer. It’s a strategy that has proven itself over and over again. It’s the industry’s resilience and ability to change directions quickly in the face of market and financial realities. Add to this formula the immense creativity of the industry when it is placed in a corner, as it is today. These qualities have served Las Vegas extremely well in the past, and they are the necessary ingredients to its sustained recovery.

If the Las Vegas resort industry is nothing else, it is comprised of trend-setters who will lead the global gaming-resort industry out of this morass. It simply has no choice. The financial stakes are too high, and this leadership is part of its culture and its DNA. Even the most optimistic industry insiders agree that it will take at least 10 years for the Strip to see another building boom, and the next one is not likely to be as extravagant as the last one.

So the road is clear for the industry. To wit, the Las Vegas resort industry must reinvent itself, because of the new economic reality. It must return to its roots by expanding its value proposition. It should not forget the luxury customer it has so heavily invested in, but it must re-energize its attractiveness to the value customer that served the industry so well for so many years.

In many ways, the global economic and financial resetting we are seeing today is moving the Las Vegas resort industry to another stage in its evolution. It is like the teenager growing to adulthood. It can be a very painful and turbulent learning experience, but one that is a necessary part of growing up.