Derek Stevens, how owns two other Downtown casino, is the buyer 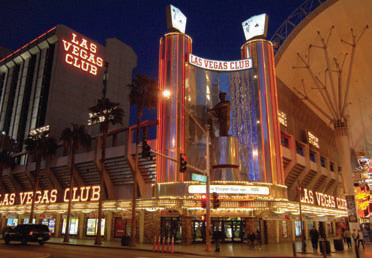 After 86 years of operation, the Las Vegas Club in Downtown Las Vegas has closed. A few years ago, the 400 rooms and restaurant closed as well in the sports-themed casino. The Tamares Group, which also owns the Plaza, assured that “as many employees as possible” will be transferred to the Plaza.

PlayLV operates both properties, with the Las Vegas Club being sold to D Las Vegas owner Derek Stevens and his brother Greg. “Once PlayLV vacates, we’ll be able to begin working on the Las Vegas Club,” Stevens said. “I’m not sure of the scope of the project yet, as I need to get my engineers into the structure for a month and give me an assessment about what may be possible.”

Stevens was motivated to purchase the property after the casino planned to open a drug store, which would sell packaged liquor. Stevens initially planned on purchasing the casino five years ago, but the deal never happened. In regards to the proposed drug-store plan, Stevens said, “I tried to let (Tamares) know my perspective on it, and we kind of agreed to disagree. But the reality is, that issue, to a great degree, caused us to start talking again.”