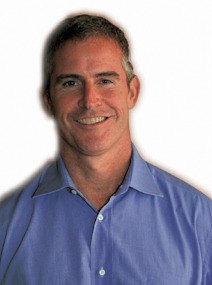 The opening of the Water Club at the Borgata in June added to the unique amenities and standout facilities offered at that hotel. Already one of Atlantic City’s most successful casino resorts, the non-gaming Water Club has elevated the Borgata to yet another level. Hotel President Larry Mullin explains what it has meant to introduce a new product to the market and why he believes it will help ensure the success of the Borgata during difficult times. Mullin took over as president of the Borgata from its original leader, Bob Boughner, in 2005. Mullin’s previous experience includes time at the Trump organization, which ended when he was president of Trump Marina, prior to joining the Borgata. He spoke with Global Gaming Business Publisher Roger Gros at the Water Club in August. To hear a podcast of the full interview, including Mullin’s opinion of the Atlantic City market and its future, visit www.ggbmagazine.com and click on the GGB Podcast button.

GGB: What market demographic are you targeting with the Water Club?

Mullin: We’re looking for the customer who’s looking for a trade-up experience. Atlantic City has made some great strides in upgrading its product, but there’s much more competition, not just here but throughout the entire region. Now daytrippers have a choice between New York, Atlantic City or Pennsylvania, but that convenience doesn’t include the options we offer in terms of retail, restaurants, nightlife and some of the entertainment we offer, as well as a great hotel. We’re not necessarily reaching out for the most price-sensitive customer here. We tend to have younger customers with a lot more discretionary income who are looking for a new experience.

The opening had to give you a little bump over the summer.

It’s been a great reason to make another visit to the Borgata. We’ve been open five years now, and it’s no secret that convenience is a premium for people trying to stretch their dollar. To make a decision to come out to the Water Club, you need something compelling like this. It’s been great for us.

As we go into fall, we face more challenges: there’s the total smoking ban coming into effect in October, and, of course, the economy. Will these factors affect price points?

So far we haven’t seen too much resistance to our rates, but we’ve seen changes in our guests who are frequent gamblers, the people we offer free rooms to. Because of the supply and the offerings they have at their disposal, which are many, we have had to adjust. But I think a lot of this is short-term. Like any business, you have your ups and downs and at times you adjust your pricing. We could offer a lot more for a lot less, but at some point we’d have to compromise on what we’ve put in here, and we see that as detrimental to the design and positioning of this new hotel.

What do you think is the overall significance of the Water Club to the future of Atlantic City?

The most significant thing is the fact you can invest in a quality product like this and hopefully get a decent return on it. We don’t measure our return on the first quarter or month or on the first year. It will be defined in the next few years, much as it was with Borgata. But if you don’t have a product like this, then you run the risk of being run out of business. There’s a lot of market out there. People are looking for quality and value, and I think we offer both.

Before you added the Water Club, there was an expansion to Borgata that included restaurants operated by Bobby Flay and Michael Mina, and the poker room, which was a major step up for the casino. Are those the sorts of thing you need to dominate the market?

You need everything. The market is not as vibrant as it was when we opened a few years ago, I think because of the economy, and not what we see competitively. In the last 40 years, the economy has been down six times, and it does come back. The challenges out there now are unlike anything we’ve seen before because of the credit market, which doesn’t give people a lot of confidence to want to invest. We will be measured in the years to come by the return we show. People will say, “How did the Borgata and Water Club make their mark, and what do we need to do to meet that bar in new investment?”

Do you think Atlantic City is actually in a pretty good position to come back as the economy rebounds?

When the economy comes back, I think Atlantic City’s position is as good as anybody’s, if not the best for the short-term and mid-term. We have a new train service coming on at the end of the year from New York City. We have three nice new hotels in place-the Water Club, Harrah’s and the Taj Mahal’s second tower-and the biggest thing missing in the market has been the ability to have guests stay longer than a day trip. At the same time, we also have great restaurants. We just opened Izakaya, and it’s been tremendously received. I think people who invest in these convenience markets, unless they’re willing to invest at the same rate as you see here, they will have challenges over the long term. Right now, they’re bottom-feeding.

Harrah’s has done a great job repositioning itself with the Pool and its retail. Trump Marina has just announced a sale to be repositioned as a Margaritaville. Are you excited about that?

I’m excited about all of that. Again, it’s new investment, it’s new ideas, it’s new things we believe will bring people to this marketplace, which has always been great. I think the biggest challenge Atlantic City has faced has been its reputation and the perception out there among people who haven’t come to the city. We’ve worked hard here at Borgata and I think Atlantic City has worked hard in the last few years to change some of that, bringing in product like you see in Las Vegas and at great resorts-the kind of dining, entertainment and nightlife that give people a reason to be excited about coming here. I don’t feel there’s anything here, especially at this property, that we shouldn’t be proud of. It’s a great place to come have some fun.