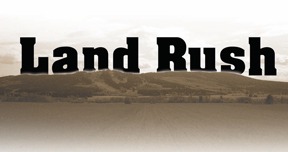 The Chickahominy Indians were among several Virginia tribes signing the Treaty of Middle Plantation with King Charles II of England in 1677, ending war with the colonies.

Chickahominy descendants still live on their ancestral lands. But primarily because the treaty establishing “a good and just peace” predated formation of the United States, the Chickahominy today are not recognized as Indians by the federal government.

Narragansett Indians indigenous to what is now Rhode Island ceded most of their land to colonists in 1709. But when the modern tribe in 1991 acquired 31 acres of land for a housing development, efforts to place the property in trust were opposed by Governor Donald Carcieri, who feared the tribe would build a casino.

Unfortunately for Narragansett, the tribe wasn’t granted federal recognition until 1983. The U.S. Supreme Court, claiming Narragansett was not “under federal jurisdiction” in 1934 when Congress passed the Indian Reorganization Act, ruled in 2009 that the Department of Interior had no authority to place land in trust for the tribe.

News coverage surrounding the Supreme Court’s controversial decision in Carcieri v. Salazar (the reference is to former Interior Secretary Ken Salazar) targets its impact on the ability of tribes to acquire and place land in trust for casinos.

Indeed, Carcieri and the court’s subsequent ruling in Salazar v. Patchak—which gives individuals six years to sue the government over fee-to-trust decisions—have created legal hurdles and dramatically increased the time and expense for tribes seeking to get land/trust applications for casinos through Interior and its Bureau of Indian Affairs.

Then there are the Carcieri-based lawsuits from anti-gambling groups.

“You’re looking at seven, eight years if there’s litigation,” says tribal attorney Michael Anderson of Anderson Indian Law. “If there’s no litigation, tribes are looking at an additional three or four years” tacked onto a bureaucratic process that even for non-gambling applications is both long and arduous.

Tribes confronting the Carcieri challenge that they were “under federal jurisdiction” in 1934 are often forced to spend millions of dollars in attorney fees and research by teams of ethnologists, anthropologists and genealogists.

But while Carcieri is making life difficult for some 20 tribes currently seeking land for casinos, the greater concern is the impact the ruling has had on hundreds of Indian governments trying to acquire land for housing, schools, health facilities and other community needs.

Carcieri has greatly complicated the ability of tribes to re-acquire ancestral lands essential to their role as governments responsible for the welfare of their citizens.

In addition, the court ruling—and the perception of tribes as purveyors of gambling—is further hindering the ability of indigenous groups such as the Chickahominy from achieving federal recognition as tribes, regardless of culturally rich histories dating back hundreds of years.

Efforts to remedy the fix with congressional legislation to amend IRA and give all 565 tribes and Alaska Native villages equal legal status with Interior’s land/trust process is meeting opposition from groups opposed to Indian casinos on newly acquired lands, erroneously branded by the press as “reservation shopping.”

Opponents to a “Carcieri fix” include many tribes already operating 460 casinos in 28 states. Some are concerned new casinos will encroach on ancestral lands. Others say expanded Indian gambling breaks promises made to states supporting tribal ballot initiatives. Many simply don’t want the competition.

“To some degree gaming has hijacked all Indian policy,” says Kevin Washburn, assistant secretary for Indian affairs and master of the understatement.

Getting a positive Carcieri determination from Interior’s Office of the Solicitor is less time-consuming and costly for more than 100 treaty tribes and those on IRA rolls when the act was passed in 1934. But the process is a nightmare for historic tribes on the Eastern seaboard and newly recognized and restored tribes hoping to get into the gambling business.

The Mashpee Wampanoag Indians of Massachusetts, who greeted the Pilgrims in the early 1600s but were not federally recognized until 2007, have been told a Carcieri determination from Interior will come this spring. The tribe then faces years of litigation over efforts to build a $500 million casino in Taunton.

If a recently recognized tribe is diligent in building its case on the “under federal jurisdiction” issue and does not face challenges from local governments and other tribes, it may get land in trust for a casino as quickly as two years.

“It can take as long as 10 years,” says Clyde Barrow, director of the Center for Public Policy Analysis at the University of Massachusetts.

It has been two years since Interior placed 152 acres of land in trust for the previously landless Cowlitz Tribe of Indians in Washington state, which was officially recognized by the federal government in 2000. Cowlitz, which filed its land/trust application in 2002, hopes to build a government center and $510 million hotel-casino.

Cowlitz is a legal test case by Interior officials hoping to move forward on gambling land/trust applications in the wake of Carcieri.

There are numerous references to tribes in the U.S. Constitution. But justices do not regard that as being “under federal jurisdiction,” requiring instead some nexus with federal agencies. Justices in Carcieri didn’t even define what the phrase means, further complicating the issue.

A treaty is preferable as evidence of being “under federal jurisdiction.” Documentation of federal involvement in providing health care and social services, handling probates and land allotments or educating indigenous children at Indian boarding schools also works.

“Cowlitz happens to have a particularly rich, documented history with the federal government,” Sibbison says.

But the Cowlitz casino remains bogged down by lawsuits from local governments and the nearby Confederated Tribes of Grand Ronde.

Similar lawsuits have been filed against North Fork and Enterprise rancherias in California, which in 2011 got Interior approval to have land placed in trust for casinos. Tribes are also plaintiffs in those court actions, pressing Carcieri claims and accusations Cowlitz is encroaching on ancestral lands.

Anderson believes at least half the 20 land/trust applications for casinos pending with Interior will be delayed by Carcieri reviews by the Office of the Solicitor and subsequent lawsuits.

“While small in numbers, you’re looking at projects that combined are expected to generate at least $500 million a year in government revenue,” Anderson says.

Since Carcieri, Interior has been routing applications to place fee lands in trust to the Office of the Solicitor, either at the regional or D.C. level. Non-gaming fee-to-trust applications are remanded to BIA regional offices for final determinations. Gaming applications end up in D.C.

“We have been careful to consider that issue under federal jurisdiction with virtually every land-into-trust decision,” BIA Director Kevin Washburn says.

“At a minimum it means we’ve had analysis from the solicitor’s office, sometimes a full-blown opinion.”

While Carcieri reviews have slowed the process, in the last three years Interior has unclogged a logjam of land/trust cases left over from the Bush administration, processing 1,041 applications for nearly 200,000 acres of land. Only 11 cases involved casinos.

Research necessary to prove a case for federal recognition is monumental. But with the Carcieri ruling, tribes scaling the legal cliffs for recognition must duplicate the effort to meet the court’s “under federal jurisdiction” mandate in placing land into trust.

“It’s an enormous amount of work,” Sibbison says. “It requires a lot of digging around in archives. For Cowlitz it was very time-consuming, very expensive. We were lucky because it turned out the tribe, in fact, had a lot of interaction with its local (Indian) agency.

“For us it was painful and expensive,” says Sibbison. “For others it is going to be even worse.”

For some tribes seeking to place land into trust, whether it be for gaming or non-gambling development, the legal mountain erected by Carcieri is simply too high.

“We’re processing land into trust for some tribes and not at all for others,” Washburn says. “Just as gaming to some degree creates haves and have-nots in Indian Country, Carcieri creates even more fundamental haves and have-nots.

“We don’t tend to disapprove many of these land-into-trust applications. You won’t find a whole lot of decisions from us saying, ‘No, this is rejected because of the Carcieri analysis.’

“They either just languish or they are withdrawn. We tell the tribe it doesn’t look good, and they just kind of go away.”

No Fix In Sight

Washburn believes there’s unity in Indian Country for a congressional fix to the Carcieri decision.

“Some tribes don’t need a Carcieri fix,” Washburn says. “But despite that tribes have been standing shoulder-to-shoulder, unified, in saying there needs to be a Carcieri fix.

“We are all equal and we all should have the right to restore our homelands.”

Indian Country unity is not showing up in D.C., however, as lobbyists are split on how to approach those in Congress—notably Senators Dianne Feinstein (D-California), John McCain (R-Arizona), Jack Reed (D-Rhode Island) and Chuck Schumer (D-New York)—opposed to any fix that does not include amending federal law to limit tribal casinos on newly acquired lands.

Anderson supports a “clean” fix with no amendments to the Indian Gaming Regulatory Act of 1988.

“I have explicit marching orders for a clean fix,” says Brian Patterson, president of the United South and Eastern Tribes. “That’s the short and long of it. All I can say is there cannot be two classes of citizenry in Indian Country.”

Other lobbyists representing tribes opposed to the spread of Indian casinos, particularly those that encroach on the ancestral lands of other tribal nations, believe a compromise is necessary.

“The real question facing Indian Country is whether a clean Carcieri fix is realistic and viable in today’s environment,” says Larry Rosenthal, partner in IETAN, a government relations firm.

Eighty-seven groups have submitted completed petitions, according to the Office of Federal Acknowledgement. Seventeen were granted recognition by OFA, nine were recognized by Congress and 10 received recognition “by other means.” There are 14 petitions in the pipeline.

The recognition process can take as long as 30 years. Many tribes, lacking money and resources, have solicited casino developers to help navigate the bureaucracy and finance the litigation. That has created problems.

“The reality in modern times is most tribes don’t make it through the process unless they find developers willing to lend them a bunch of money in exchange for a promise the tribe will let them run a new gaming facility,” Sibbison says.

“That exacerbates the problem because people get bent out of shape, thinking developers are sort of buying tribes. The reality is you can’t get through the process without money.”

“Some people think (federal recognition) is simply not a just policy,” says Washburn, who hopes to reform the process, aware similar efforts by previous BIA directors have failed.

“People will tell you there are groups that should be recognized as tribes but couldn’t make it through the process,” he says. “That’s concerning.

“If it’s a lengthy and expensive process, people should have confidence in the outcome. At a minimum we need to have a process that people believe is just.”

Along with a flawed federal recognition policy, there apparently is a need to reform Interior’s land/trust procedures.

Many believe land/trust decisions should be viewed from an economic perspective. But there is little empirical data to show what most believe is a wealth of jobs and economic growth tied to development on Indian lands, both on and off the reservation.

At the least, Congress may need to become engaged in creating Indian policy rather than leaving decisions to a Supreme Court not accountable to the voters, or tribes.

“This is a direct challenge to Congress from the Supreme Court,” Matthew Fletcher, director of the Indigenous Law & Policy Center at Michigan State University, says of Carcieri and Patchak. “There is a real power struggle going on, and Congress is losing because it can’t make decisions. The Supreme Court runs things right now.

“If Congress wants control of Indian affairs, and I’m sure they do, they should do something about the situation.

“The court has been saying for many years, ‘Hey, if you don’t like our decision, reverse it.’ Congress never reverses anything.