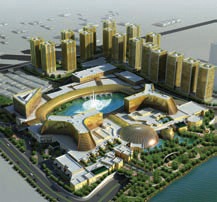 There was always a provision in the law that set up Entertainment City, a four-site integrated resort complex controlled by the Philippines Amusement and Gaming Corp. (PAGCOR) in Manila that required majority ownership by Philippine companies. When Kazuo Okada, chairman of Japan’s Universal Entertainment, agreed to build one of the resorts (after failing to convince Wynn Resorts to partner with him), he claimed that he had received a waiver of this requirement.

But when a new PAGCOR administration took over several years ago upon the election of a new president, Benigno “Noynoy” Aquino, that supposed waiver disappeared. Universal reached an agreement with John Gokongwei’s Robinsons Land Company to take the majority interest, but that deal fell apart several months ago, putting Universal in technical violation of the law.

Last month, Tiger Resort Leisure and Entertainment said two unnamed companies have reached an agreement to take 60 percent ownership in the company, with Universal retaining the 40 percent as specified by the law.

Jose Leagogo, president of Tiger subsidiary, Eagle II Holdings, said the two companies have reached an agreement, but he was bound by a confidentiality agreement that gives the groups a month to conduct due diligence.

The Tiger Resort complex would contain three hotels totaling 2,000 rooms, with two luxury products and one hotel of the four-star variety, along with a casino and gaming facilities, and an indoor beach club covered by a huge glass dome. The project will also include a Las Vegas-style water show, dozens of retail shops, restaurants and convention and meeting space.