Where does the Arizona Republican senator stand? Depends on who and when you ask. 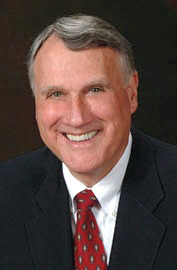 Online gaming advocates were excited last spring when longtime gaming opponent Senator Jon Kyl (R-Arizona) posted a statement on his website that indicated he would be amenable to the legalization of online poker if it meant cracking down on illegal online gambling. And a later joint letter with Majority Leader Harry Reid (D-Nevada) to U.S. Attorney General Eric Holder, saying the same thing, gave proponents faith that there was in fact a good chance that legalization could be accomplished.

With the establishment of the “super committee” as part of a bill that extends the credit limit of the U.S. passed in early August, online poker seemed to be on the fast track. The committee, a group of 12 senators and congressmen who will recommend budget cuts and revenue producers that can only be voted up or down by the full Congress, should look fondly at online poker because it creates revenue without raising existing taxes. And with Kyl a key member of the committee, it looked as though the fix was in.

But early last month, the statement on Kyl’s website disappeared with no explanation from his staff. Kyl, who is in the final year of his term after announcing he will not run for re-election in 2012, has long opposed gaming, from land-based commercial gaming to sports betting to online gaming. His change of tune earlier this year was surprising, but it would not be any more surprising to see him shift back to an anti-gaming stance.

Kyl opposed Reid’s efforts to legalize online poker at the end of 2010, but an unnamed lobbyist told GamblingCompliance that negotiations are ongoing.

“I think alliance is too strong a word to describe their relationship. It’s more like a confluence of interests,” the lobbyist said. “Are they in total agreement? No, but maybe they will get there.”

Joe Kelly, a business law professor at State University of New York and a consultant with Catania Gaming Consulting, said there were other reasons behind the Kyl-Reid letter to Holder.

“I think the letter was pushing the Department of Justice to go after illegal internet gambling, including intrastate,” Kelly said. “It implied that regulation of all internet gambling in the United States should be at the federal level.”

The bottom line is that while the powerful Reid can support online gaming very forcefully, unless he reaches some kind of deal with Kyl, online poker will fail this year and not be taken up again for several years.