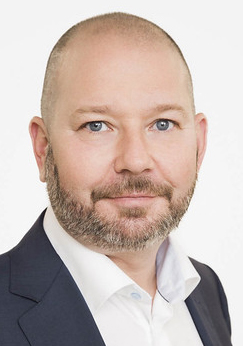 Kristian Nylen joined Sweden’s Unibet in 2000, and a few years later was put in charge of the Unibet spinoff, Kambi, which focuses on B2B services for sportsbook operators. So when sports betting in the U.S. became legal in 2018, Kambi was well positioned to take advantage, and has become one of the most important technology partners for many U.S. operators. Nylen spoke with GGB Publisher Roger Gros at G2E in Las Vegas in October.

GGB: How important was legalization of sports betting in the U.S. to Kambi?

Nylen: In Europe, online and mobile sports betting has been very prominent, and Kambi has two and a half decades of experience of working with operators there. Because of this experience, we were ready when the U.S. came online. That was always part of our plan when we formed Kambi back in 2003.

We have been developing the product over so many years, it gave us a big advantage over what has been available here in the U.S. The depth and the breadth of the products has been much bigger in the U.S. that anything another company offers.

What are some of the Kambi products in sports betting and what are the companies that you’re working with?

We have been very successful so far in the U.S. signing some very important clients. We of course have DraftKings and Rush Street Interactive, both of which have huge market access in the U.S. We have Parx in Pennsylvania. We have a couple of our European clients who have U.S. businesses, 888 and Kindred. We’ve signed Mohegan Sun and Jack Casinos from Ohio.

Of course, your biggest deal so far is with Penn National. Why is that so important for the company?

One of our big targets when we started was to get involved with one of the multi-state operators, and except for the DFS companies, Penn National was one of the most prominent. They took their time in making a decision, about two years. We were very fortunate that we had a good, strong track record in the U.S. and a strong credit. At the moment we’re operating their sportsbooks in Indiana, Iowa and Pennsylvania.

As a European company, how long did it take you to understand American sports?

As a Scandinavian company, we’ve had lots of experience with ice hockey. Basketball has been very popular all across Europe for many years. And (American) football is growing massively in popularity in Europe. They’re selling out the stadiums in London four times a year. So on all these sports, we’ve had a strong offering for a long, long time.

The big challenge for us in the U.S. was to understand more deeply the college sports. We’ve always covered the top colleges but to manage a local offering, we’ve got to go much deeper.

Obviously, the online/mobile market is the most lucrative, but you also handle retail sports betting. How does that work?

In states where mobile is not yet approved, we try to bring technology to the casino itself. We operate retail in Indiana, Iowa, New York, Pennsylvania and elsewhere. It’s pretty much the same system we use for mobile, but one thing that has been very successful for us has been the self-service terminals. Since you don’t have to go to a cashier, you can handle many more bettors at one time. We’re also experimenting with a “bring your own device,” which is more or less mobile, but limited to the casino property.