Casinos of South Korea in transition 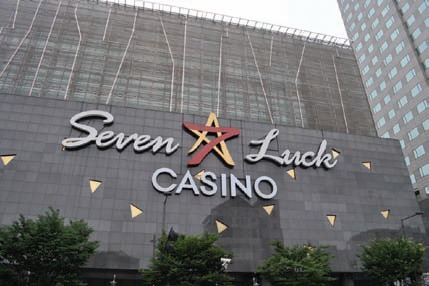 Gaming expansion is ready to spring in South Korea. Unlike Japan, which talks and talks but never acts, or Taiwan, which acts but never finishes, South Korea has hosted a gaming industry for decades. There are 16 casinos that are open only to foreigners—with the exception of Kangwon Land, a large casino in a remote, impoverished area of the nation. That casino was legalized to help find employment for unemployed mine workers 20 years ago.

But a move is afoot to establish huge destination resorts similar to the ones built in Singapore. A recent election brought more power to the Saenuri Party (New Frontier Party). Members of this party generally support the notion that local authorities should play a larger role in deciding on whether integrated resorts could be built.

A report issued last year by the Korean Tourism Organization (KTO) recommended that IRs be permitted in special trade zones, but the new government sentiment now is leaning to allowing these facilities in areas where they can garner political and community support. A new bill will be introduced as early as this month and supporters will try to garner bipartisan sponsorship for it by emphasizing jobs and economic growth. Newly elected members of Congress will be inaugurated on May 30.

Steve Park of Gaming Asia Pacific Company, with experience on the government’s central committee, says everything will start in June.

“They expect to finalize chairmanship appointments during the summer, while hoping to have the matter settled before August,” Park says. “Looking back on my experience in the Korean legislature, it takes anywhere from one to three months for the parties to agree on appointments, but as this is a presidential election year, legislators want to have the issue decided before the primaries begin, which is thought to be in early August.”

And even though a presidential election year brings with it uncertainty, Park believes that candidates will be looking for ways to create jobs, and integrated resorts certainly qualify under that criterion.

Support for IRs could disappear if more scandals in the gaming sector are uncovered.

Kangwon Land was shut down for a day recently so the government could audit its finances after it was revealed fixed card games were occurring by using cameras embedded in a shuffler. A staff member was arrested and the casino reported a loss of almost $1 million. This report follows complaints of government officials embezzling money to gamble at the facility.

But each side could use the incidents at Kangwon Land as arguments for their side. The existing casinos will cite the problems as evidence large-scale casinos catering to locals would only increase the trouble, but IR supporters will simply contend stricter regulation can prevent that and would be welcomed by the IR developers.

“We believe the likelihood of this is low in the medium term,” he wrote in a note to investors. “There is almost no momentum among politicians to open the local gaming market, and with presidential elections this year, the topic of gambling will likely take a back seat, in our view.”

But members of the Saenuri Party say the support of the tourism ministers as well as almost every provincial governor may force the issue, since IRs will develop MICE facilities that will draw visitation from China.

While Kangwon Land saw revenues decline last year for the first time in 20 years, the public companies that run eight of the foreigners-only casinos reported an increase of almost 10 percent, with gross gaming revenues of $830 million in 2011. That number could be dwarfed by even one integrated resort, if the Singapore experience is any indication.

There are two major casino groups in South Korea. The Paradise Group runs the Sheraton Grande Walker Hill Casino in eastern Seoul; the Hyatt Regency Hotel near Incheon International Airport; the Paradise Hotel Casino in Busan; and the Jeju Grand Hotel and the Lotte Hotel Jeju.

The GKL group, 51 percent owned by the Korea Tourism Organization, operates three Seven Luck Casinos, at the Millennium Hotel in central Seoul, another in southern Seoul and a third in Busan.