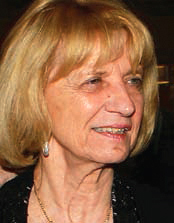 The tribe has been scoping out potential casino sites since it won federal recognition in 2010. Belmont Park Raceway in Queens, just 10 miles from Aqueduct and the new Resorts World gaming hall, is under consideration. An old Estée Lauder cosmetics facility in Yaphank, Suffolk County, 60 miles east of Manhattan, is also on the list.

The Shinnecocks theoretically have the right to develop a casino on their reservation land, but have ceded to opposition from the wealthy Southampton community, which would certainly mount an impressive opposition to gaming there. The tribe also understands the difficulty of drawing big crowds to a resort enclave with limited infrastructure that is hard to access, especially in the summer.

Last December, tribal members voted against signing a new contract with Gateway, which is controlled by Detroit casino mogul Marian Ilitch and has been bankrolling their years-long drive to open a casino in the New York metropolitan area. But the two sides agreed to work out their differences and amend their agreement. The Shinnecocks still need to sign a gaming compact with Governor Andrew Cuomo, and then convince the federal government to take non-reservation land into trust on their behalf.

Cuomo has already publicly stated that “it would not make sense” for the tribe to open a casino in close proximity to Aqueduct.

But Beverly Jensen, a tribal spokeswoman, said otherwise. “The idea that the world’s largest market can only support one facility at Aqueduct makes no sense,” she told Newsday.

There are approximately 1,500 members of the tribe, with about 650 members living on the tribe’s Shinnecock Neck reservation just outside Southampton Village.