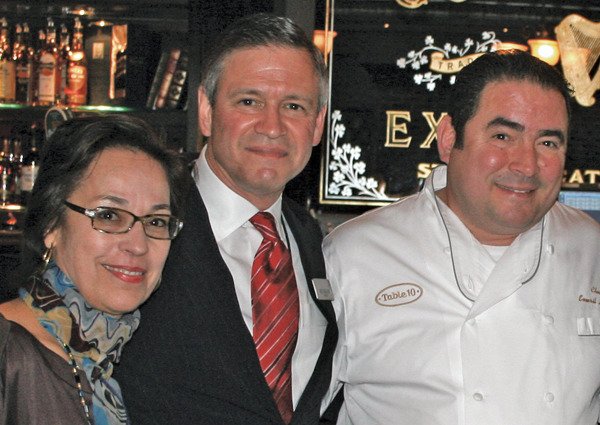 They say no one’s building anything in the casino industry these days. They say the recession has stopped expansion in its tracks and stalled every new project.

The opening last month of the Rivers Casino in Pittsburgh was actually the third major casino opening in Pennsylvania since spring. The first came in April, with the opening of the massive permanent casino at the Meadows racetrack south of Pittsburgh-a 350,000-square-foot gem that combines the classic Vegas style of owner Cannery Casino Resorts with the world of horse racing, in a design that emphasizes the popular harness track. (See our May issue for details.)

The second came a month later, with the opening May 22 of one of the most unique offerings among Pennsylvania slot parlors, the Sands Casino Resort Bethlehem.

The opening may have been sandwiched between a new racino and the state’s first urban casino, but Sands Bethlehem undoubtedly deserves its own highlight reel in this remarkable Pennsylvania expansion season. The Sands opening was good news to a lot of people in Pennsylvania’s Lehigh Valley, a region that has seen its share of bad news over the past few decades.

In fact, the Sands was built on what was the epicenter of that news, the former Bethlehem Steel Works. Before it was shuttered in 1995, the steel plant in Bethlehem, Pennsylvania had helped arm the Allied Forces in World War II, and had provided employment to generations of Lehigh Valley residents.

For a decade after the plant closed, it appeared Bethlehem Steel Works would join the other rusting hulks in the ruins of Pennsylvania’s industrial past. This one, though, would be reborn, thanks to Las Vegas Sands Corp.

The $743 million casino sits on the easternmost 124 acres of the original 1,800-acre Bethlehem Steel Works site. The familiar Sands logo-the same one that graced the iconic Las Vegas home of Frank, Dean and Sammy-graces an entryway that is built from one of the ore cranes from the original steel plant. It is one of 20 of the original structures of the steel plant that have been preserved in the casino plan.

Other artifacts, like the High House once used to make battleship guns, are part of a complex that eventually will include a hotel, a major retail center and multi-purpose entertainment venues and meeting space. The credit crunch halted the other elements, but the main draw, the casino, opened in May.

According to Sands Bethlehem President Bob DeSalvio, the casino’s 3,000 machines will carry the project until work on the hotel, retail promenade and other portions of the integrated resort can be finished. The demographics of the Sands’ location have given the project a jump-start.

“If there’s going to be one area in Pennsylvania where you want to be, it’s the Lehigh Valley,” DeSalvio says. “Demographically, there are a million people within a 25-mile radius of the site. Within a 75-mile radius there are 17.2 million people. We pick up markets in North Jersey, New York and Philadelphia.”

Even more important, though, is the local community. “The site is a revered site,” says DeSalvio. “When you think of the Bethlehem Steel story, it’s really a story of the building and defending of America. So much was done here. So along with this great opportunity comes a responsibility to make sure we do the right thing on the site.”

According to DeSalvio, people who spent good portions of their lives working for the steel plant tell them they got it right. Since many original plant buildings are being preserved, the casino worked with architect RTKL Associates and interior architect Walsh Bishop to make the ground-up casino building actually look like the original works.

“A lot of people say they feel like it is almost a converted steel building,” DeSalvio says. “They can’t believe we actually built it ground-up, because it looks so authentic to the original. That’s a real compliment to the architecture and design team.” Former Bethlehem Steel workers-many now employed at the Sands-agree. “We have a number of people on site who are either former Bethlehem Steel employees or had family members who work here, and they all feel pretty good about it-especially the older generation who comes in and sees the property,” says DeSalvio. “Some of theme have even been reduced to tears.”

The casino has provided a long-needed boost to the local economy, and DeSalvio says it has given out-of-towners a good look at other things Bethlehem has to offer. “The local hotels have actually seen a nice increase in occupancy already,” he says. “We have an incredibly beautiful downtown district in Bethlehem, and a really neat, eclectic south side. The area is very rich on culture, tourism, art and music. This year marked the 103rd annual Bach Festival! When you have festivals with a ‘hundred’ in front of them, it tells you how ingrained music and culture are in the community.”

In addition to the slots, tables and electronic table games, Sands has attractions like Emeril’s Chop House, the first restaurant in the Northeast to be created by celebrity chef Emeril Lagasse. “The restaurant has taken off like I cannot believe,” says DeSalvio.

Emeril’s is one of a great collection of restaurants that will be joined by a world-famous deli in the next expansion. When that’s built, it will no doubt be joined by other new Pennsylvania expansion projects. Look for the next one in December, when Philadelphia Park opens a huge permanent casino called “Parx.” Then, next year, here come the Philadelphia casinos.

Recession? Not in Pennsylvania.