Governor is 0-for-4 in casino bid 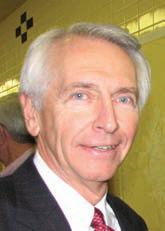 For four years, he tried and failed to get the legislature to approve casino gaming in Kentucky, and now newly re-elected Governor Steve Beshear is ready to try again.

One of his remedies for the problem is the introduction of casinos. But Beshear is reluctant to battle again with a divisive legislature.

“It is a much easier vote for everybody if we put the question on the ballot and let people in the state vote on it,” says Beshear.

Beshear has been stymied by Senate President David Williams over his first term in office. But Beshear beat Williams handily in the governor’s race last month, so he may now have the upper hand.

Beshear says he’s open to any bill that would legalize gaming, including one that designates stand-alone casinos, as long as racetracks are included.