Best chance to legalize casinos goes down to defeat 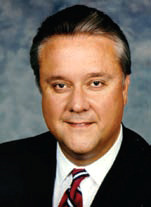 Thirteenth time a charm? Not quite.

Only a day after it had cleared committee, Kentucky Governor Steve Beshear’s legislative package to expand gaming in the state with seven casinos went down in flames on the state Senate floor.

To pass the bill, the Senate State and Local Government Committee added a key amendment, removing the requirement that five of the seven new casinos be at racetracks, and it cleared the committee by a 7-4 vote after a two-and-a-half-hour hearing in which testimony on both sides of the issue was heard. That committee’s chairman, Senator Damon Thayer, was the bill’s lead sponsor.

After clearing committee with ease, many thought that after 12 previous attempts in the legislature to expand gaming beyond the racing at Kentucky’s five racetracks, Beshear’s plan of putting the question in front of voters would prevail. However, Senate President David Williams, a longtime gaming opponent whom Beshear vanquished easily in last fall’s elections, quickly scheduled a floor vote.

The vote reportedly caught many senators by surprise when they were still undecided on the issue. The full Senate voted 21-12 to kill the bill.

Williams had been criticized in the past for bottling up gaming expansion legislation by refusing to schedule floor votes. Thayer, in fact, asked Williams to delay the vote, but Williams denied the request.

While a sweet victory for Williams after his crushing election defeat, the vote is a major setback for Beshear, who made the constitutional amendment his top legislative priority of the year. Beshear made expanding Kentucky gaming a centerpiece of each of his two campaigns, pushing slots at racetracks to save the state’s storied racing industry, which is surrounded by competition on all sides from racino states.