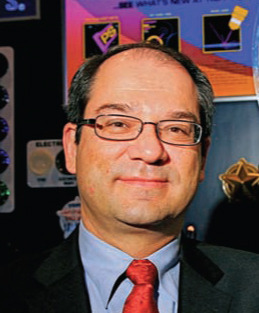 Sometimes being in the right place at the right time requires a bit of entrepreneurship to make it right.

Eric Thomassian had taken a job as a programmer for a Reno-based supplier of casino equipment when the company went out of business underneath him. After some research, Thomassian realized that there were no other companies providing keno equipment to the industry.

Together with his partner, a hardware expert, they began to work on a keno system and came up with a winner.

“We decided we would do this on our own rather than trying to get any outside capital because in the past, my partner says someone else owned it by the time it was done,” laughs Thomassian. “We decided we’d finance it and control it ourselves. In January 1992, we put out our first keno system at Boomtown in Reno and kept building from there.”

Today, XpertX is the dominant company in the keno business. Developing the MegaKeno jackpot system has also brought many more clients to the company. And that’s something that has continued to grow, as well.

“There are many casinos that would like to have keno but don’t know how to go about it,” says Thomassian. “Since very few casino managers come up through the keno department, there’s not a very knowledgeable group out there.”

Keno is usually regarded as an ancillary game, a niche game. Thomassian says there is tremendous potential for the game.

“It’s a numbers game, which are historically the biggest games in the world,” he insists. “Look at the lottery! Keno used to be the biggest game on the casino floor because you could win $50,000 for $1. This was before the random number generator was invented for slot machines and the most you could win on slots would be a couple of hundred dollars.”

“Keno should not be in a corner,” says Thomassian about its usual space on the casino floor. “It will do much better with a smaller area where there’s more foot traffic.”

And Thomassian says the internet has helped to grow the game as well.

“You can’t buy your tickets on the internet yet,” he says, “but you can see if tickets you bought to play in a certain number of games are winners. That has become a lot more popular than we expected.”

XpertX operates the system, and each casino gets its own display to put up on its website.

“Casinos that have taken an active interest and market their casino games are doing quite well,” he says.

Thomassian says it’s a myth that keno is dead.

“I have two theories about that,” he explains. “The first one is that the game isn’t doing well in their casinos, and the boss just agrees that the game is dying, when it’s not. The other theory is some casinos are doing so well that they want to propogate that myth and keep their own players at home.”

Keno doesn’t generate a lot of play compared to other casino games these days, but holds the most, around 30 percent. And while some gaming experts think that’s a bad thing for players, Thomassian says it’s often counterintuitive.

“If you walk into a casino with $20 and sit at a nickel slot machine, it will be gone in five minutes,” explains Thomassian. “But if you use that same $20 to play 20 games of keno at $1 each, your money will last three or four hours. The enjoyment is much longer.”