Want to keep your best people on the job? Do this. 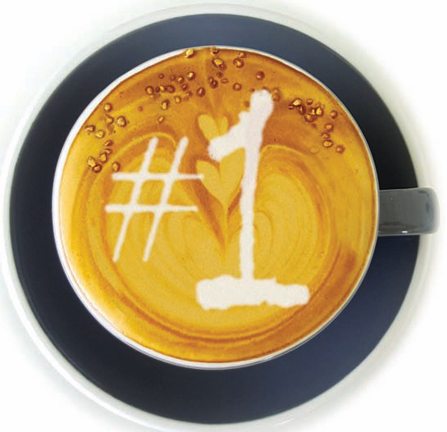 In a strengthening job market, talent is in demand. It’s a fair bet that your rivals in business will woo, pursue, headhunt and otherwise try to make off with your superstar employees.

Be prepared, by ensuring from day one that staffers at every level feel engaged, appreciated and amply rewarded.

Arte Nathan, president and COO of Strategic Development Worldwide, says keeping your best people starts the day you hand them a name badge or office key—in fact, it starts before.

Start at the Start

“When you talk about retention, I start with recruitment, onboarding and orientation,” says Nathan. “People who get off on the right foot end up on both feet. If they’re stumbling in the first couple of days, it’s hard to recover—for both of you.”

During the interview, “be excessively open and honest” about your company’s culture, compensation and opportunities for advancement—all the things that make the difference between a happy employee and one who’s looking for the exit. “Too often, companies oversell and under-deliver,” warns Nathan. “Ask people what they want, what they expect and hope for. And then listen, because sometimes it’s just not a good match. I never wanted anyone to have buyer’s remorse.”

Nathan should know. He made his name as chief human resources officer for Wynn Resorts, a position he held for more than 20 years. At Wynn, he says, “we had an extraordinarily low turnover percentage, and senior executives stayed there seemingly forever.” Part of the reason is Wynn created an environment “where people felt they were part of a team. A recruiter wasn’t going to get between a Steve Wynn and a Bobby Baldwin or a Mark Shore, ever.”

So, start at the start. On an employee’s first day, have business cards ready, a name plate on the desk, a uniform if applicable. Personally introduce the newbie to his or her colleagues. Arrange for lunch. From the get-go, such seemingly small courtesies will demonstrate your interest—and your company’s—in that person’s success.

Remember Office Space? The uproarious 1999 comedy featured three miserable IT guys who clocked in, day in and day out, for mind-numbing, low-paying toil under a dictatorial boss. That’s not just the movies. According to a 2017 Gallup poll, 51 percent of Americans are not fully engaged in their jobs, and 17 percent actively loathe the place they spend most of their time.

Which brings us to the slippery term “culture.” Just what is it, and why is it so important to a stable, engaged, productive workforce?

Gary Kushner, of Michigan-based human-resources consultancy Kushner & Company, says culture is “the air, the oxygen of an organization.”

“Like air, you can’t see it—unless, of course, you’re in Beijing—but you can sense if it’s clean and breathable or rancid and toxic,” Kushner says. “Employees want a culture that’s inclusive and open-minded, and ensures accountability, not just in the rank-and-file but in the C-suite as well. Without it, they’ll be less engaged, less productive and less committed to the organization and its mission.”

Senior managers in the marketplace will often research the turnover of a potential employer, its corporate culture and work environment before accepting a position, says Beth Deighan, president of New Jersey-based Casino Careers. Investigating a company is easier than ever thanks to review-based websites like GlassDoor.com. And water-cooler dissatisfaction is contagious. Poor morale can drag down even the highest achievers.

David Carroll, senior vice president of human resources at Seminole Gaming and Hard Rock International, says culture “has everything to do” with employee satisfaction. Before he got into gaming, he worked at Southwest Airlines, which is renowned for a culture that has turned its employees into brand ambassadors.

Southwest takes the time to hire well (perhaps one reason it has not laid off an employee since 1967). The compensation and benefits are competitive, and the company “markets internally,” selling Southwest’s culture to its own team.

That’s a formula that works—and an investment that pays for itself, because it sidesteps costly turnover, which can equal 33 percent of an employee’s total compensation, according to the U.S. Bureau of Labor Statistics.

“If you invest in the right person,” says Deighan, “it’s worth it.”

Compensation: One Size Doesn’t Fit All

Money—base salary, bonuses and other perks—is the main reason most people take or leave a job. To attract and retain talent, experts say, don’t just offer a competitive rate but tailor the compensation to the individual.

“What one employee views as a valuable benefit is another’s ‘so what,’” points out Kushner. “Given today’s HR systems capabilities, there’s no reason to not have significant employee choice and decision-making in the allocation of the total compensation package. I’m not suggesting a Wild West approach, but within certain guidelines, why not let employees pick and choose how their total compensation package is allocated?”

A fixed pay schedule “doesn’t make anyone feel special,” agrees Nathan. “We all have 401K plans, but for an employee with young children, for example, why not set up a tax-deferred college plan? If you’re giving a person a senior job, give them stock, give them a bonus and profit-sharing. It’s not something that is formularized.”

Obviously, what’s important to millennials may not be as important to Generation X or baby boomers. “What matters most to people often depends on where they are in life, whether they’re starting a family or are empty nesters,” says Deighan. “Some people are looking for stability, while some are young enough to say, ‘I’m going to take a shot, join this company and if I’m not there in a year it’s not a problem because my skills are in high demand.’ We have general managers that have made a lot of money in their lives and are looking for a warmer climate and a smaller organization where they’ll add value and serve in a more visionary role.”

The Cherry on Top

Once, when Nathan tried to recruit high-level talent from the Four Seasons, “I had a high hurdle,” he remembers. The luxury hotelier “had a policy when they relocated senior people to buy and sell the old house, buy the new house, pay the movers, and cover the down payment and startup costs.” Most corporate suitors would be hard-pressed to match that kind of generosity, but other perks are doable for almost any organization, and they pay off.

“If I hire a CFO, I expect them to join professional associations, so I’ll pay for it,” says Nathan. “I’ll support and pay for their training and professional development, for the annual conferences and CEUs. In the grand scheme, these things—enrolling them in Vistage or the Young Presidents Organization—don’t cost a lot of money. But when people see you’re interested in them, you become kind of partners in this. People leave their bosses, but they don’t leave their partners.”

That latitude extends outside the workplace too, he says. “If it’s important to them to volunteer in their church or be involved in their community, make sure they have the time off for that.”

And insist that they go on vacation! “Most of us are white-knuckled, holding onto the desk,” Nathan says. But a winning coach factors in downtime, even for the star quarterback.

While money is the No. 1 factor, “a close second is the perks that come with it, including more time off,” says Marc Weisswasser, managing member at Las Vegas-based CasinoRecruiter.com. “It’s a different dynamic, with people looking for more of a work-life balance than we had 15 or 20 years ago.”

One worker demographic is behind this shift. According to a 2015 report from the Pew Research Center, millennials (adults between the ages of 20 and 36) now command the U.S. labor force, holding one in three American jobs.

“They’re looking to work from home. They want more flexibility, a better work-life balance,” says Weisswasser, “and that seems to be flowing over a bit to more experienced executives.”

“Many senior managers don’t want to be on the clock,” says Deighan. “If enabling them to take time off to be with a family member or take a longer lunch means they’ll work an extra two hours, that type of trade-off can be beneficial for the company, especially when employees work three shifts and guests are on property 24/7.”

Working remotely “is rarely a possibility for most positions in gaming, since developing client, employee and peer relations necessitates face-to-face interaction,” she adds. “But for positions that are primarily computer-focused, working remotely can be accommodated.”

As a boss, as much as possible, encourage that work-life balance. “Companies today, certainly in the gaming business, should consider sabbaticals to help people regenerate,” says Nathan. “Consider retreats. Send people away for one- or two-week programs at Harvard for senior executives. Show you understand the ebbs and flows of their energy, morale and well-being.”

During the recession, salaries flattened, dropped or disappeared. Many people were grateful just to have a job. That’s no longer the case. Consider this: In December 2007, right before the recession, the unemployment rate was 4.8 percent.

Employees up and down the chain of command “are not always looking for a huge salary, but they’re always looking for a good fit,” says Carroll. “It’s not just the title or the money, it’s the whole picture: the geography, the location, the people and the potential to grow.”

“There’s a growing trend for workers to seek opportunities that offer new growth, even if not necessarily at a higher compensation,” agrees Kushner. “In the end, an engaged employee is less likely to leave the organization and more likely to remain committed to the mission of the team.”

One caveat: don’t start talking more money or extra perks when your favorite manager or superstar VP is halfway out the door. Like a marriage, your relationship with your employees is a long-term thing, to be nurtured continually.

“If the conversation doesn’t begin until they say they’re resigning, you’re behind the 8-ball, and it’s disingenuous at that point to start throwing out something that wasn’t there before,” says Nathan. “Today’s job market is wide open.   When people have more opportunities, you’re more apt to see their taillights rather than their headlights.”