If you think reel-spinning slots have gone the way of the fruit machine, think again. 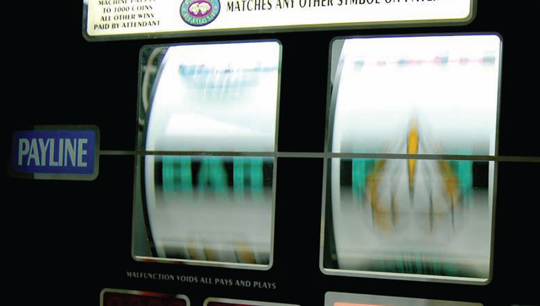 In the past 20 years, slot technologies have changed in ways that would have astounded the players of the past—and mystified them, too.

Instead of cascades of coins, we have paper tickets. Instead of working handles, there are computerized machines where the handle (if there is one) is like a vestigial tail—good for something once, now a useless appendage.

There’s something to be said for the reel thing—old-style reel-spinning slot games—which have not only survived generations of technological “advancements,” but are still a vital part of the gaming floor. No wonder smart manufacturers are still cranking them out.

For example, in a 2018 interview, Anthony Baerlocher, vice president of innovation and mechanical reels for IGT, pronounced himself “more bullish on the future of reel-style slots than I have ever been… As more and more suppliers enter the mechanical-reel space, the competition will intensify, a scenario that is ultimately positive for the industry as a whole.”

At the same time, Greg Colella, then vice president of product marketing at Scientific Games (he is now with Konami), said, “Approximately 25 percent to 30 percent of our game library consists of mechanical-reel games, and we plan to continue to produce new titles in the future, showcased on mechanical-reel cabinets that incorporate our newest, most cutting-edge innovations.”

IGT, meanwhile, replaced its workhorse S2000 reel-spinners a few years ago with the more modern S3000 platform, but more recently, added retro elements to the S3000 to give the machines a more traditional feel. IGT still uses the stepper format for many of its most popular premium games, most notably the venerable Wheel of Fortune, which still typically features stalwarts like Double Diamond and Ten Times Pay as base games for the legendary progressive slot.

Everything Old Is New Again

The slot machine as our ancestors knew it was built in the 1890s by Bavarian immigrant Charles Fey. An auto mechanic by trade, Fey designed the groundbreaking Liberty Bell model, with three reels, a coin slot, and a lever on the side that set the reels spinning.

Reportedly first installed in a San Francisco saloon, the Liberty Bell had just five symbols—a diamond, spade, heart, horseshoe and of course, a cracked bell—with a maximum payout of 50 cents, all spit out in nickels (not a bad return; at the time, four bits was equal to about $150).

For decades, versions of the so-called “one-armed bandit” reigned on casino floors. At the end of the 1990s—about 100 years after Fey’s invention—along came video slots, with their high-definition graphics, sound, animation and all-around razzle-dazzle. Aristocrat’s groundbreaking multi-line video slots were joined by competing models from WMS, which had jumpstarted its own business with the first U.S.-developed multi-line video slots, and IGT, which developed low-denomination, multi-line video games with themes drawn from popular music, movies and TV (think Wheel of Fortune, Hollywood Squares, and The Wizard of Oz).

With all those newfangled machines in play, operators may have been ready to write off the old-fangled inventory. But for economic reasons, they didn’t clear the machines completely off the floor. That was a fortuitous thing.

As it turns out, traditional reel-spinners have enduring appeal for whole groups of loyal players. When slot-makers realized the machines were still viable and profitable, they stepped up production and development—not just bigwigs like IGT and Scientific Games, but once-video-only giants like Aristocrat and suppliers including Aruze Gaming America and Everi. The retro trend was on.

Dean Ehrlich, executive vice president and games business leader at Everi, says the popularity of traditional slots is due in part to an extremely loyal audience of longtime slot lovers. “They have specific preferences when it comes to three-reel mechanical slots: simple game play, familiar mechanics, and clear pay tables. These are all elements we’ve been focused on when developing new titles and mechanics.”

He concedes such “classic” slots appeal to an older audience, but don’t be too quick to stereotype them as granny’s games; Cathryn Lai, vice president of products and strategy for Scientific Games, says they also appeal to “novice slot players who are looking for a simple betting interface.”

In the past, Lai has said the top-level performance of 88 Fortunes is evidence games that combine the old and the new “are bringing in a hybrid player, and even video players who like multi-line games.”

Everi has also tweaked the stepper formula, to notable success. According to Erlich, the company “has been intentional about enhancing our mechanical cabinet and associated hardware and creating more distinct, compelling titles” to better serve this market. “The introduction of more premium mechanical products with innovative mechanics with greater promotion and exposure also seems to resonate with a broader audience, not just your classic mechanical players.”

Two of Everi’s latest titles, Diamond Lock Ruby and Diamond Lock Sapphire, are linked progressives that feature a unique lock-and-respin mechanic that Erlich believes could appeal to an even broader audience. One of Everi’s most recent mechanical titles, Cash Machine, “at its heart aligns with elements conventional mechanical players appreciate: win what you see (simple game play), signature sounds, and an exciting math ride that offers an adrenaline rush,” Erlich continues.

“We’ve also taken a number of our more popular high-denomination mechanical reel titles and made them available on our Core HDX video cabinet,” including classics like Black Diamond as well as more recent titles like Triple Jackpot Gems and Triple Wild Dragon, which may appeal to the less conventional mechanical player.

“We recently reintroduced two of our popular and classic stepper titles and transformed them into a Grand Wheel presentation on our Skyline Revolve cabinet.” These proven themes leverage the cabinet’s 18-inch mechanical wheel and 23-inch portrait monitor, he says. 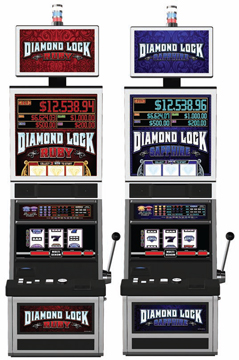 Low-line three-reel stepper products are pretty easy to understand and follow for a novice player, says Lai. But once those players round the learning curve, they may “graduate” to other higher-velocity, feature-enhanced video slots.

“Over time, we’ve seen the ratio of steppers to video shift. There is a definitely a higher percentage of products dedicated to video platforms, because digital screens and large-scale displays have enabled endless possibilities to innovate on new game play and mechanics.

“However,” she says, “there will always be a subset of players who are looking for simple traditional stepper products. This will never go away.”

Scientific Games has renewed its legacy brands with video-like formats and features, whether it’s the progressive wheel bonuses of Michael Jackson Legend and Cirque Kooza, on the Blade mechanical stepper, or the multiple variations of the Bally Hot Shot series with its “mini-game” bonuses that recall classic Bally steppers.

The company has brought back classic stepper products onto the latest Twinstar 3RM stepper platform: games like Quick Hit Double Jackpot Triple Blazing 7s and Quick Hit Double Jackpot Black & White are all “classic stepper brands that continue to resonate with players,” Lai says. “We also continue to have success with our Monopoly-branded games with the traditional spinning wheel top box.”

One of the latest innovations is iReels, which overlays video on top of the reels to enable video-style bonuses on classic stepper slots. It is a modern version of the Transmissive Reels technology pioneered by legacy WMS Gaming. The trick is to keep what traditionalists want, try new things to attract new players, and create games with crossover appeal.

Innovations like multiple pay lines, bonus wheels and 3D have certainly given a boost to the stepper genre, but that doesn’t mean the traditional three-reel game is going to disappear. Bonus features such as free spins and stacked symbols offer new experiences without changing the basic three-reel model.

Arguably, three-reel mechanicals have been overshadowed by innovation in the premium video space and by the sheer variety of video products, says Everi’s Ehrlich.

“These slot games have been featured on casino floors since Day One, and we do not see them going away anytime soon,” he says. “We believe these games will continue to have a presence on floors particularly in tourist destinations and to a lesser degree local properties for a long time to come.”

For the foreseeable future, those in the know see the traditional three-reel stepper slot sticking around.