Lawsuits filed by both the Seminole Nation and state of Florida were consolidated and argued in early October before U.S. District Judge Robert Hinkle, who is expected to rule in the coming weeks. 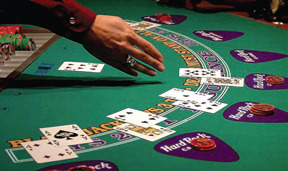 The Seminole Tribe of Florida’s promised exclusivity to operate banked card games such as blackjack and baccarat—and perhaps games such as roulette and craps—at least temporarily rests with a Tallahassee federal court judge.

Lawsuits filed by both the Seminole Nation and state of Florida were consolidated and argued in early October before U.S. District Judge Robert Hinkle, who is expected to rule in the coming weeks.

A table game provision in a 20-year tribal-state casino regulatory agreement, or compact, signed in 2010 expired in 2015. But the tribe continues to offer the games, claiming the state acted in bad faith by allowing horse and dog tracks the right to offer electronic versions of blackjack.

The tribe also contends use of a “designated” player/banker by parimutuel tracks violates the compact and state law.

The state, meanwhile, is seeking to impose its ban on certain card games while asserting Eleventh Amendment immunity against the tribe’s lawsuit.

A proposed amended compact that would allow the tribe to operate blackjack, roulette and craps in exchange for an increased share of casino revenues was rejected last year by the Florida legislature.

Games played at the horse and dog tracks create “precisely the same kind of competition that (the Seminole was) paying not to have,” Seminole attorney Barry Richard told Hinkle. “Just because blackjack is played on a computer doesn’t mean it’s OK.”

“Why are we here? Because the tribe has no contractual right or other right to get what it wanted,” Andersen said.

The 2010 agreement gave the Seminole Tribe exclusive rights to operate slot machines outside of Miami-Dade and Broward counties. It also gave the tribe exclusivity to offer house-banked card games.

The tribe in exchange was to pay the state a minimum of $1 billion over five years. It actually paid the state $1.7 billion.

Governor Rick Scott and the tribe agreed in December to an amended compact under which the tribe agreed to pay the state $3 billion over seven years in exchange for being able to offer blackjack, craps and roulette.

The measure was amended in a legislative committee to allow counties to conduct referendums to legalize slot machines, a move that would violate tribal exclusivity.

“By any standard under the IGRA, this is not good-faith negotiating by the state,” Richard told the court.