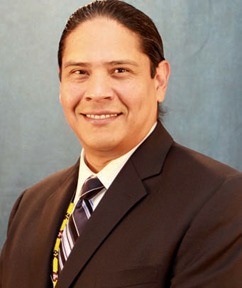 An era is coming to an end at the National Indian Gaming Commission, the federal regulator over tribal gaming. The term of Chairman Jonodev Chaudhuri expired at the end of April, and he’s now serving in a “holdover” status. But for five years, Chaudhuri has presided over a peaceful period in the relations between gaming tribes and the federal government. He sat down with GGB Publisher Roger Gros at the Southern Gaming Summit in early May to review the accomplishments of the NIGC during his tenure and his views of the future.

Global Gaming Business: Your term is officially over now but you’ll still be serving until a new chair is appointed by the Trump administration. What is your focus now?

Jonodev Chaudhuri: I’m focused on tying up as many loose ends as possible. I don’t anticipate being at NIGC forever. I do anticipate being at the agency through a significant part of the summer. We’ve been working as diligently as possible to serve Indian Country and the general public to the best of our abilities, knowing that my time is coming to a close. We’ve been working for many months to get important regulations out the door, to take care of things that are specific to the chair’s duties. But, I will say it has been an absolute honor to serve as chairman of NIGC during this period of time.

When I became acting chair, it was the 25th anniversary month of the passage of the Indian Gaming Regulatory Act, October 2013. So, my term will have spanned, as chairman—either acting or confirmed—the 25th anniversary through the 30th anniversary year of IGRA. And we’ve seen a lot of changes, but there are many more changes to come.

Your term has been relatively calm in comparison to some other chairmen. Why is that so, do you think?

We recognized early on that IGRA carved out an important role for NIGC, and that was to first and foremost serve as a regulator. In my professional career, I’ve always been immersed in Indian Country. I’m proud of the work that I’ve been able to do as an attorney, as a judge, as an organizer in Indian Country. I’m a supporter and believer in sovereignty, first and foremost, to the core. But I also understand that Indian Country has needed and will continue to need NIGC to be a credible regulator. So, our challenge when I first started was, given the history of the agency, how you hit that balance, to be supportive of tribal sovereignty, while at the same time not shirking your regulatory responsibilities. It’s a fine balance. I think after 30 years of IGRA, we’ve hit the correct balance point.

What do you consider some of your other accomplishments?

After 30 years of IGRA, I am convinced that we’re on the cusp of a new age of gaming. Gaming is an industry that’s inherently driven by technology. The technological developments that are on the horizon are going to drive important policy decisions, both nationally and on a regional basis, and I think we positioned the agency, and by extension, positioned our partners to be in a great place to meet the challenges of those changes, and take advantage of the opportunities that those changes will present.

Some of the accomplishments break down into two categories. One is on the technology side of the equation. One of our first orders of business was to create a technology division, in recognition of the changing technological landscape of Indian gaming. And that division has done what we intended it to do. It has informed every aspect of our agency, since it started. I’m very proud to have a great division director, Travis Waldo, who comes from Indian Country, who understands the technological changes. That division has helped inform our regulatory and decision-making. It’s helped inform our guidance. It’s helped inform our enforcement functions, and it’s also informed our training and technical assistance. We now have IT vulnerability assessments that we do free of charge, for Indian Country.

So, we’ve made all sorts of huge advancements, in terms of technology. That’s the first bucket. The second bucket is, back to the perfect balancing point in everything that we do as an agency, to balance our credibility as regulators with our support of tribal sovereignty and tribal decision-making. You see that in our enforcement philosophies.

That balance point has influenced our ramping up our numbers on the training and technical assistance side. Through our virtual trainings, we now train more people each and every year since I’ve been at the agency.

Now that you’re coming to the end of your term, what surprised you, what was something that you didn’t expect?

I’ve always been a policy person. I’m very honored to have served in the interior secretary’s office immediately before NIGC, and beyond that, I had advised and worked with tribes in a number of capacities over the years. So, I thought the biggest challenges would be advancing sound policies, which I think we’ve done. But what I didn’t anticipate was how much hard work there’d be, just in the day-to-day administrative functions of the agency.

That was the biggest challenge. I thought it would be instituting large-scale policy, or perhaps working through some tough enforcement actions, or working through some critical matters that involved Supreme Court decisions. But the hardest part was the administrative work, and keeping folks moving in the same direction, and keeping folks energized, and really being part of a team—in order to get the job done, we all have to believe in the same approach. And I think, collectively, we’ve done it.