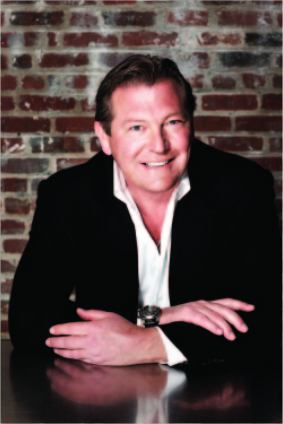 When the Cosmopolitan opens on the Las Vegas Strip this month, it will be the last mega-resort to debut for many years. Work has ground to a halt or never been started on other developments, but the Cosmopolitan barely avoided that fate, completed by the lenders Deutsche Bank. With almost 3,000 rooms and suites, 150,000 square feet of meeting space, a 100,000 square foot casino, 14 restaurants and 65,000 square feet of retail space on less than 9 acres, the Cosmopolitan is a marvel. John Unwin was appointed CEO in 2009 and has spent that time hiring a talented staff and deciding how to position the hotel in an area of the Strip dominated by luxury resorts. Unwin’s background, as an innovative hotel executive with Fairmont Resort Hotels and Ian Schrager hotels such as the Mondrian and Delano, gives him a special knowledge of what hotel amenities appeal to customers. And his gaming pedigree isn’t bad either: five years as general manager of Caesars Palace. He spoke with Global Gaming Business Publisher Roger Gros from his offices in the Cosmopolitan less than a month before the hotel was scheduled to debut in mid-December.

Global Gaming Business: You’ve got a long background in great hotels before coming to Caesars Palace. What does it say about the Cosmopolitan that you were selected to lead the property instead of someone with a longer gaming pedigree?
Unwin: I think the owners realized there was an opportunity for a bit of a different offering and a different vision that looked to a broader landscape than just Las Vegas. My background in more traditional hotels gives us a distinct point of view and allows us to operate in the premium luxury tier in a way that’s more fun and accessible than other luxury offerings. Internally, we call it “polish without pretense.”

You can’t really call a 3,000-room hotel boutique, but how are you going to give it that boutique feel in service?
The program we have here, with the number of rooms and restaurants, large casino and meeting space, is very much like the other large premium properties in Las Vegas. But where they sit on 50 to 100 acres, we sit on 8.7 acres. So by nature, we have a much more intimate footprint. When you walk the resort, it’s an entirely different experience. It’s a boutique hotel in spirit, if not in scale.

Most analysts agree that Cosmopolitan is opening in Vegas at a difficult time. How are you going to position your rooms, especially since you are in an area that hosts many fine hotel rooms at the high end?
I’d much rather be opening this December than last December. There’s a lot of encouraging signs that things are past the bottom and actually on the upswing. The October numbers from McCarran Airport showed an increase. ADR is up for seven or eight months in a row. Most of the other hotels will tell you the convention business is making a comeback. We’re not at 2007 yet—far from it—but things are improving.

We expect to participate in the premium/luxury tier. We will be priced competitively with the other hotels in our neighborhood and further north on the Strip—Bellagio, Caesars Palace, Wynn, Encore, Venetian, Palazzo.

Since many of the Cosmopolitan rooms were designed as suites and condos, do you believe that the luxury touches, the balconies, etc. will give you that extra edge?
We have a 700-square-foot room with a six-foot deep terrace. You open your door and step outside. Have a coffee in the morning or drinks at night. Nothing like that exists on the Strip. It’s a whole different feeling.

Meetings and conventions were a part of the Cosmopolitan strategy right from the start. Is this still an important part of the hotel’s eventual success? And how are the bookings going?
It’s a very important part of our success. We have an incredible facility. I expect it to represent roughly a third of our consumed room nights when we’re open for a while.

You’ve announced some pretty amazing celebrity chefs and restaurant brands that will be located at the Cosmopolitan. Again, you’re surrounded by hotels that have the same kinds of offering. Why will the Cosmo stand out?
We’re running about three or four restaurants and all the bars except for one. We’ve set up our restaurants as more of a partnership than a lease. For example, we have José Andres with his first Las Vegas location. He’s opening his gourmet restaurant Jaleo, but he’s also doing a brand new concept called China Poblano, which is an Asian noodle shop on one side and a Mexican taqueria on the other, which is going to be very reasonably priced.

The Cosmo is very accessible from LV Boulevard. While Planet Hollywood has improved its access, the problem also seems to exist at Aria and CityCenter. Do you believe this immediacy to the passerby on the Strip will contribute to more visitors and then more revenue?
I don’t want to speak negatively of my neighbors but at our place, the casino comes right up to the sidewalk. The natural light infuses the casino. We’re the first casino to really embrace the Strip in more than 20 years. You can see the slots and tables, the Chandelier Bar, the cabanas around the pool… It’s going to entice people to walk into our property.

A year from now, you’re coming up on the first anniversary. Tell us how you will measure your success.
We would measure our success by having a loyal customer base and a high-recognition factor among our core customers.

I think of it as a three-legged stool. Our team sits in the center of that stool and the legs are the property owners, the customers and the employees. We have to meet the expectations of each of those legs without tipping toward one more than another.