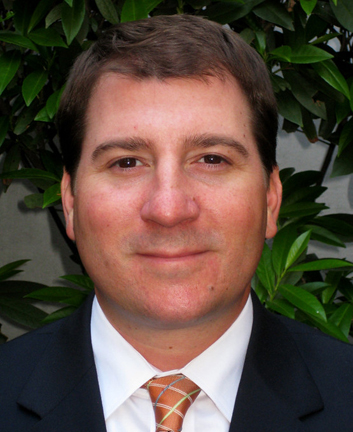 For more than a decade, John Pappas was the face of legalized online poker in the United States as he led the Poker Players Alliance during a period of the introduction of legal online gaming in the U.S. and a crackdown on sites like Full Tilt and PokerStars following the passage of the Unlawful Internet Gaming Enforcement Act (UIGEA) in 2006. His positive message eventually accounted for 4 million members of the PPA who helped lobby states to legalize online gaming and poker. Today, he’s also helping to promote Idea Growth, an organization founded by attorney Jeff Ifrah to advocate legal online gaming. He spoke with GGB Publisher Roger Gros at G2E in October. (To view a video of this podcast see below).

GGB: You were involved in the legalization of online gaming, specifically online poker years ago. What was it like in those days?

Now I think everyone’s standing together trying to figure it out. There are still holdouts, especially in Nevada. It’s slow to progress there when it comes to digital anything because of the reluctance of some factions to understand this new wave of gaming and consumer interaction.

When did you begin to see the shift in attitudes toward online gaming?

I think it was when Caesars and MGM began to get on board. When they began to recognize the potential, things started to change. For Caesars, it was the World Series of Poker. That’s a very valuable brand, and you have to remember that poker was what everyone was talking about in those early days. They knew there were millions of people playing online poker, and how could they monetize this powerful asset they had? This is why you only have online poker approved in Nevada, because Caesars has the WSOP.

Poker isn’t as lucrative as online casino in states where both are legal. Why is that?

Poker is a very difficult product on a state-by-state basis. If you have mass pooled liquidity in multiple states, it becomes a lot more compelling. It’s very difficult to have a successful business, both from an operator’s standpoint and a player’s standpoint. One of the great things about playing on the Full Tilt or PokerStars sites back in 2009 was that there were 20,000 people there. If I wanted to play a $2 Sit-And-Go or a $1,000 Texas Hold ’em game, I could do that.

Is the legalization of sports betting going to be the conduit to legalizing iGaming in those states as well?

Yes, in most cases. Part of our organizational efforts with Idea is to go into these states that have successful online sports betting and point out that the next evolution of this is online casino gaming. We’re partnering with the casino industries in these states so we don’t come off as being the only ones who want it. States like Michigan, Pennsylvania and New Jersey were smart. They did it all together without piecing it out. It’s going to take an education process to get them on board. I wish I could tell you that all those states that so quickly passed sports betting would be just as quick to legalize iGaming, but I expect it will take a couple of legislative sessions for people to understand the issues.

Tell us about Idea Growth and why it was started.

Regulated gaming has changed the face of online gaming and even e-commerce because of KYC, geolocation, the data that you have to understand who a person is, where they are betting, how much they’re betting… You would never have that data available in a bricks-and-mortar casino. So casinos in every state have an interest in iGaming. It’s going to get bigger, and we need to have a unified voice—a way to speak to lawmakers and regulators to make them understand iGaming. Idea was founded by Jeff (Ifrah) and a few others, and now has grown to 30-plus members, everything from the operators to payment processors to geolocation companies, and KYC data centers. We’re all aligned together to get the word out. It’s a very powerful tool.