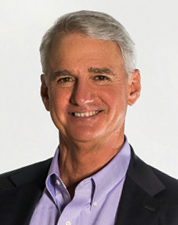 John Koster began his career in hospitality and after some experience on the Pacific Rim, he returned to the U.S. to work for several gaming companies. He joined Eldorado Resorts several years ago, and oversaw the company’s property’s in Lake Tahoe both before and after the Caesars transaction. Just recently he was tapped to replace the retiring Steve Callender and now oversees the three Atlantic City properties, as well as Harrah’s Philadelphia and Horseshoe Baltimore for Caesars Entertainment. He explains how he navigated the pandemic in Lake Tahoe and what he expects of the Atlantic City properties, where Caesars has committed to reinvesting millions of dollars. He spoke with GGB Publisher Roger Gros for the cover story of the August issue of GGB.