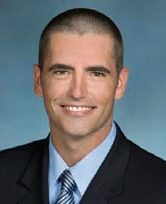 California’s Sycuan became more than just a casino in March. The “resort” tag was added when a major expansion was completed which includes over 300 guest rooms, including 50 suites. Other additions include more than 10 new bars and restaurants, meeting space, a larger casino, and a pool and cabanas with a lazy river and swim-up bar. John Dinius started his career at Sycuan, and was elevated to permanent general manager in 2016. He spoke with GGB Publisher Roger Gros at NIGA’s Indian Gaming Tradeshow in San Diego in April.

GGB: Congratulations on the opening of your expansion. I have to say, it was one of the most impressive expansions I’ve ever seen.

John Dinius: Wow, thank you so much. And coming from you, Roger, I mean, that really does mean a lot. So, I appreciate that.

I particularly liked the way you seamlessly incorporated the new construction into the previous property, which always looked good. How is it performing?

We’ve had incredible results thus far. It’s only a couple of weeks in, but the kind of occupancy numbers that we’re seeing, and some of the revenue numbers—we’ve never seen numbers like this, so we’re very excited about the future.

Let’s talk about the Southern California market. Some properties like San Manuel, Pechanga and Morongo do incredible numbers, but you’re a little more remote. Where do most of your guests come from?

Actually, it’s about a 25-mile radius. We get about 80 percent of our business from that area, but we’ve never had the kind of amenities like we have today to cast a wider net and attract a different level of clientele. And one thing we wanted to be cognizant about was not alienating our current clientele, because we’ve operated a very successful property for 35 years, and we didn’t want to do anything to impact those guests that were there with us for those 35 years.

So, we really tried to create this consistent flow between the old side of the property and the new. We tried to do a lot to create that seamless connection between the two sides, and we’re trying not to refer to it as old and new, but east and west. So we think our current customers will blend well with the new players.

Do you feel like you’re competing with those larger properties now?

You know, in the past, we really haven’t shared a lot of the same customers—just being a hyper-local. But I think that these new amenities allow us to cast a wider net, and who wouldn’t want to come to San Diego, and play in San Diego? Hang out with us and float down that lazy river. But I think it really does step up the game here in San Diego in particular, and I think that the level of finishes that we have, the décor, the kind of service in all the various amenities and venues that we have, is going to force our competitors to step up their game as well.

There are lots of different market niches. Do you get a lot of Asian play?

It’s very important. I think the Hispanic market is an opportunity as well. It doesn’t feel that many of the properties in our area have really captivated either of those demographics, so, we’ve got some focus strategies to address that, and maybe in three to six months or so, I can let you know how successful those strategies were.

It’s only been a week, but how have your customers responded to the new place so far?

Incredible. And I’m not just saying this, but we haven’t had one negative comment from our guests. They’re just blown away by the level of finishes and the décor.

I think what was really important to us was ensuring that our level of service matched that level of décor. So, we revamped all of our organizational commitments as they relate to guest service, and just redefined those commitments and really inspired our team to put forth their best effort, and so far they’ve done just that.

We’ve also worked hard trying to build our executive team, and one of the gentlemen that has recently joined our team is Andrew

Kerzmann, our hotel VP. He was at Mirage for quite a few years, and that facility was 3,000 rooms… So, this was a little bit different scale, but just having him onboard from the outset of the development was really helpful.

We hired 850 new team members, and trying to get them onboard, and get them up to speed with our expectations was a massive undertaking, but our team executed at a very high level.

You’ve risen from a line-level employee, all the way to the top. Tell us about that journey.

When I started, it was back in what we referred to as the gray days: before the compacts were approved. And we had slots for a little while, but when I got hired , there were no slot machines. So I started in a bingo hall, selling pull tabs. I’m sure you remember those.

I felt like I walked into the job of a lifetime. It didn’t feel like work. When you go to work you go in and socialize, and somewhat entertain, and I just fell in love with the guests and the team members. And then when I got exposed to the tribal members, it just felt like home. It’s been an incredible journey for me. As soon as the slots came on board, I jumped over to that department and worked just about every position within slots. And then back in 2014, I stepped into the general manager role. So, it’s been an incredible ride. I’ve learned a lot. I used to say I was growing up out there, but now I’ve got to say I’m growing old out there.