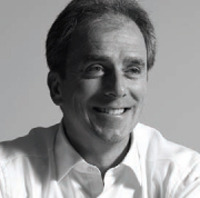 PartyGaming—then as PartyPoker—was the dominant online gaming site in the early days of the industry. The popular poker site garnered more than a 50 percent share of the online gaming market. Then the United States passed the Unlawful Internet Gaming Enforcement Act (UIGEA), and PartyGaming stopped taking bets from U.S. players. An upcoming merger with the online sports betting site bwin will once again make PartyGaming the dominant player in the market—at least with public companies. And the possible legalization of online gaming in the United States makes the combined bwin-Party potentially a huge player in that market. PartyGaming CEO Jim Ryan discussed all these developments with Global Gaming Business Publisher Roger Gros from his offices in Gibraltar in February. For a podcast of this interview, visit www.ggbnews.com/podcasts.

GGB: Why was PartyPoker the dominant player in the early days of online gaming when there were so many competitors?

Ryan: There were a couple of factors that influenced our success. The first was a focus on investment in technology and in the player experience. We wanted the customers to really feel they were playing at a home game. We had the good fortune to get the likes of Mike Sexton to help design the product.

We had the product ready when a magical thing happened in 2003. Poker found its way on TV. We had the World Poker Tour and the World Series of Poker become smash hits.

A third factor was Party’s natural ability to market its products. We were able to parlay the experience online to benefits offline, like a poker cruise.

When UIGEA became law, what kind of discussions were held at Party?

That was a little before my time. I’ve been with Party for three years, but the net of it was that any publicly traded company could not continue to operate in a country where it was illegal to process an online gaming financial transaction. We respected those rules when they were instituted, and abided by them.

What will the combined company of bwin and PartyGaming look like when it is finalized?

We just had the good fortune of obtaining shareholder approval for the transaction. We’re off to the courts in Gibraltar to have them approved, and we’re all but done.

We’ve done a lot of planning to make sure we have the people assigned, tactical plans assigned as to the integration of our technical platforms and the organization as a whole.

Using revenue figures from 2009, the combined businesses generated a total of €682 million. That is approximately three times larger than the next publicly traded competitor. In cash flow or EBITDA we did €196 million, and that is over twice as large as the next largest competitor. That is all before acquisition synergies, which we’ve estimated to be €55 million. So based on that data, we should be generating EBITDA of over a quarter billion euros.

We’re also very well-balanced in revenue production when it comes to poker, casino games, sports betting and bingo. We’ll have best of breed in all four product verticals. We’re also nicely diversified on a country-by-country basis, predominantly in Europe, but not reliant on any one section of geography. And finally, we’ll have a market cap of several billion dollars, which we can use to leverage further M&A.

An online poker legalization bill failed to get through the last Congress. There are efforts under way to get another bill off the ground in this Congress. Is that the way to go toward legalization in the U.S.?

The first thing we all need to realize is that online gaming is a large and vibrant business in the U.S. today. Since the passage of UIGEA, the poker business has continued to grow. What hasn’t happened is that it hasn’t been regulated or taxed, and no U.S. jobs have been created from it. That’s a very important point, because one would assume that these jobs would be created in Las Vegas and Atlantic City where the land-based industry is currently struggling.

Last year, there was a fundamental shift in that U.S. operators began to get behind this business with the viewpoint that it could create tax revenues at both the federal and state levels, create gaming jobs, and create revenues for their companies. They want to protect the consumer to make sure they are getting a fair game and appropriate social controls.

There was great momentum last year, and I’d like to think that momentum would continue in this Congress. I think it’s just a function of time, but it will happen.

New Jersey recently passed an online gaming law for intrastate applications. Could this be the way legal online gaming could grow in the U.S.?

It’s akin to the European example where one country would legalize it and others would follow. California, Florida and other states are also considering bills, in addition to New Jersey. So there is momentum at the state level. From Party’s perspective, we’re happy to participate in this at any level. I don’t think there’s a bad result there. I think it’s all good.

How would Party participate in a legal online jurisdiction in the U.S.?

We don’t think the U.S. land-based operators will allow offshore companies to operate in that country, and the proposed legislation last year reflected that. So what we have done is to develop a number of business models that would work in the U.S. Three years ago, we started to build a “B2B” organization where we would license our software to land-based operators. We’ve done that with PMU, the state-run horse racing organization in France, and it’s been very successful. We also anticipate that we’ll be in partnership with land-based operators, leveraging our technology, our marketing expertise and our brands—if the legislation allows it. We will evolve the business model depending upon how the legislation is written.