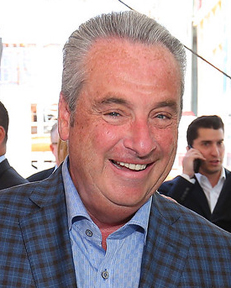 Hard Rock International has been on a roll lately. After opening the Guitar Hotel in Hollywood, Florida in 2019, the company has opened or gained licenses/agreements in Cincinnati, Gary, Indiana, northern Illinois and southern California, and added a collection if iGaming veterans to elevate the company’s online operations. Jim Allen has been directing the company, owned by Florida’s Seminole Tribe, for 20 years, and sat down with GGB Publisher Roger Gros to talk about these developments and more.

GGB: The last time we talked, we were at the opening of the Guitar Hotel at Hard Rock property in Hollywood, and it was a fantastic development. Before the pandemic, what was the response of your guests to that property?

Jim Allen: Very humbly, the response was tremendous. People are just blown away at the architectural design, the fit, the finish. I’m very proud of all of our employees providing world-class service. And frankly, it was actually exceeding our expectations.

Let’s talk about when the pandemic hit. What was your concern at that point, when you were forced to close down?

We were like the rest of the world. We wondered, how long will this last? Initially, we thought maybe it’s a few weeks. But we were a little bit ahead of the curve, because of our operations in China. We have a hotel in Shenzhen, which already had been closed down in January, and we saw that this thing was maybe a little bit more than just a week or two. But the ripple effect here in the United States certainly exceeded what we anticipated. But, like everyone else, we were looking at all the covenants of our debt, and looking at cash, but most importantly focusing on the safety of the tribal members and all of our employees.

When did you determine it was safe to reopen, and what were some of the steps you took there to reopen?

We made the determination literally within weeks of when we closed that we were going to go back and review all of our standing operating procedures on an individual and line-item basis. So, myself and a core group of around 20 to 30 people went over all our procedures, whether it was in the cage, or food and beverage, or housekeeping, security or other departments. Most importantly we were looking at technology, at how we could create something that gives the perception of being safe. And clearly, that’s how we created SAFE + SOUND, and it just has been a game-changer. We’ve had literally prime ministers, four or five governors, including Governor DeSantis in Florida and Governor Murphy in New Jersey, say that SAFE + SOUND is truly world-class. We were the first to do it in the country. Many have followed suit. But we know by communicating with our database on a daily basis, it was a game-changer.

So, let’s talk about outside of Florida. You’ve got a couple of new properties. You took over the Jack casino in Cincinnati, rebranded it as a Hard Rock. You’re on the way to opening in Gary, Indiana. What kind of expansion are you expecting in those places?

Cincinnati, pre-Covid, was frankly extremely successful. Business was up over 30 percent once we took it over, by implementing our database, our technology and marketing programs. Around mid-summer we’re looking at a grand opening to celebrate the rebrand. As far as northern Indiana, the building is done. We just received all of our approvals recently, from the Indiana Gaming Commission, and we announced a May 14 grand opening. If you look at this location, it’s directly on the interstate, about seven or eight miles from the Illinois border. This truly is northern Indiana/Illinois play, obviously at a very competitive tax rate, compared to the Illinois tax rates, and it’s a totally different experience than riverboat gaming.

You also signed a deal with a second California tribe, in addition to the first Hard Rock casino near Sacramento. Where will it be located?

As far as Tejon, we actually signed that deal probably seven years ago. But it took us a while, working with the tribe, to get approvals, which were finally granted by the Department of the Interior. Now that we have that done, we’re working with architects, getting the building designed, and starting the process to negotiate the compact with the state of California.

How about Las Vegas? Just last month, the former Hard Rock, which you didn’t own, opened as the Virgin Hotel. And there’s always been a lot of talk that a Hard Rock would work very well in Vegas. What’s the status on your consideration of properties there?

As we’ve previously stated, we still think Las Vegas is the gaming capital of the United States. Las Vegas has an amazing ability to continue to reinvent itself. If the right opportunity at the right time comes up, we would certainly be interested in coming back to Las Vegas, obviously under our ownership.

I thank you for mentioning that we did not own that property. We had nothing to do with it. We did not think it complemented the Hard Rock brand in any way, shape or form. Certainly I think it did when Peter Morton, the founder of Hard Rock, owned it, but its last five, six, seven years, I think the property struggled, for a whole host of reasons. So, we’re excited for Virgin and Mohegan Sun now having a new opportunity in that building, and it allows us to look at any opportunity that may come up, whether it be on the Las Vegas Strip or anywhere in the state of Nevada.