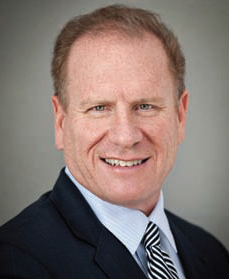 Jeff Hartmann got his start in the tribal gaming industry at Foxwoods after he began his career at Price Waterhouse. He later moved to the Mohegan Sun, where he was president and CEO. In 2011, he took over the Revel casino in Atlantic City and later started the Hartmann Group. His organization has a joint venture with Foxwoods to build and operate a Foxwoods casino in Biloxi, Mississippi. He spoke with GGB Publisher Roger Gros at G2E in October.

GGB: Tell us about the formation of the Hartmann Group.

Jeff Hartmann: We formed the Hartmann Group in 2012, and over the last couple of years we’ve had a lot of success. We do two things: We work with Native American and commercial casinos and do the Hartmann Group 360-Assessment, which is a deep dive on the complete operations—everything from operations to marketing to game protection to slot floor layout. And then we also focus on retail, dining and entertainment—what are the cutting-edge restaurants, entertainment and stores?

Non-gaming revenue is such an important element these days. How do you advise tribal casinos about how to enter that space?

It starts with the technology when the guest arrives. We need to recognize every guest. A lot of operators only focus on the gaming data, but we look at all the customer spend. What’s the holistic view of the customer and how do you acknowledge the guest? Are you using any retail beacons, and how do you recognize guests for some of their non-gaming behavior?

F&B is so important. The industry is moving away from food courts to food halls. In retail, the trend is now for personal shopping, so we try to bring some of that to the retail ventures.

It all starts with integration. You’ve got to have great service and all the touch points as well.

We look at the marketing data and reinvestment. We see a lot of tribal operators who get caught up unfortunately competing on price, like free slot play. We try to get them to focus on their products and their service and look at trends in their database.

How do you work with tribes? Each tribe is different and the approach has to be different.

I learned a long time ago you have to listen and ask questions, rather than tell the tribes what you have to offer. Tribes have been free of compensation for a long time, and now states are considering getting into the game or allowing other tribes to open casinos on non-tribal lands. There are additional pressures, so we try to get tribes to think less gaming-centric and more about the integrated resort. You have to take certain snippets of that if the tribes are in remote locations, but we try to help them think long term.

What has been a recent effort where you helped a client?

We recently worked for the Lucky Eagle Casino, which was facing the opening of the Cowlitz casino right in their market. We were able to come in and refine their operations and their marketing strategies. Some of the pundits said there would be a high-teens or low-20s impact on their revenue. We’re happy to say it was just a low-single-digit impact. We’re proud of the work we did at Lucky Eagle.

Tell us about the joint venture with Foxwoods in Biloxi.

It’s been a pleasure to reconnect with the tribe and Felix (Rappaport) and his team. That’s where I got my start, so it’s a great opportunity. Our project has 500 rooms, 70,000 square feet of convention space, 1,200 slots, 30 tables. It will truly have an authentic Gulf Coast experience. The site we have at Point Cadet is kind of like the Borgata site in Atlantic City. It’s on the back bay with great brands from the Gulf Coast. It will be an entertainment-centric experience. It’s been a fun project so far.