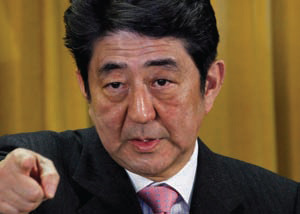 Japan will have to wait a little longer for legal casinos.

Union Gaming Securities Asia Ltd. has announced that casino resorts in the country are almost certainly “off the table for 2015” after the Japanese legislature, or Diet, chose not to convene a special session this fall. It’s the first time in a decade that the country’s two-chamber parliament has declined to hold the annual fall session.

“The legislative timeline now moves to 2016 for the first bill and 2017 for the second bill,” said analyst Grant Govertsen. He referred to two separate measures required to approve casinos in Japan—one to enact the legislation, and the second to deal with regulatory matters. Govertsen said a “large-scale IR” is not likely to open in Japan until at least 2020, the year of the Tokyo Olympics.

Govertsen added, however, that the country should be a big winner when and if it goes for legal casinos. “High-value mass-market Chinese customers are eschewing Macau and instead heading to new-to-them destinations—namely places like Japan and Korea,” he wrote.

The volume of Chinese visitors to Japan has continued to skyrocket, with “year-to-date visitation up a staggering 117 percent to 3.3 million persons through August; this is on top of an 83 percent year-on-year comparison in 2014,” Union Gaming reported.

Those figures should prove compelling to the Diet, which has been considering a casino bill for years. Opponents of the bill, including religious leaders, fear that casinos could lead to problem gambling and associated social ills. However, CLSA has estimated that casinos in Japan could generate annual revenues of $40 billion, creating a market that is on a par with only Macau and the U.S.